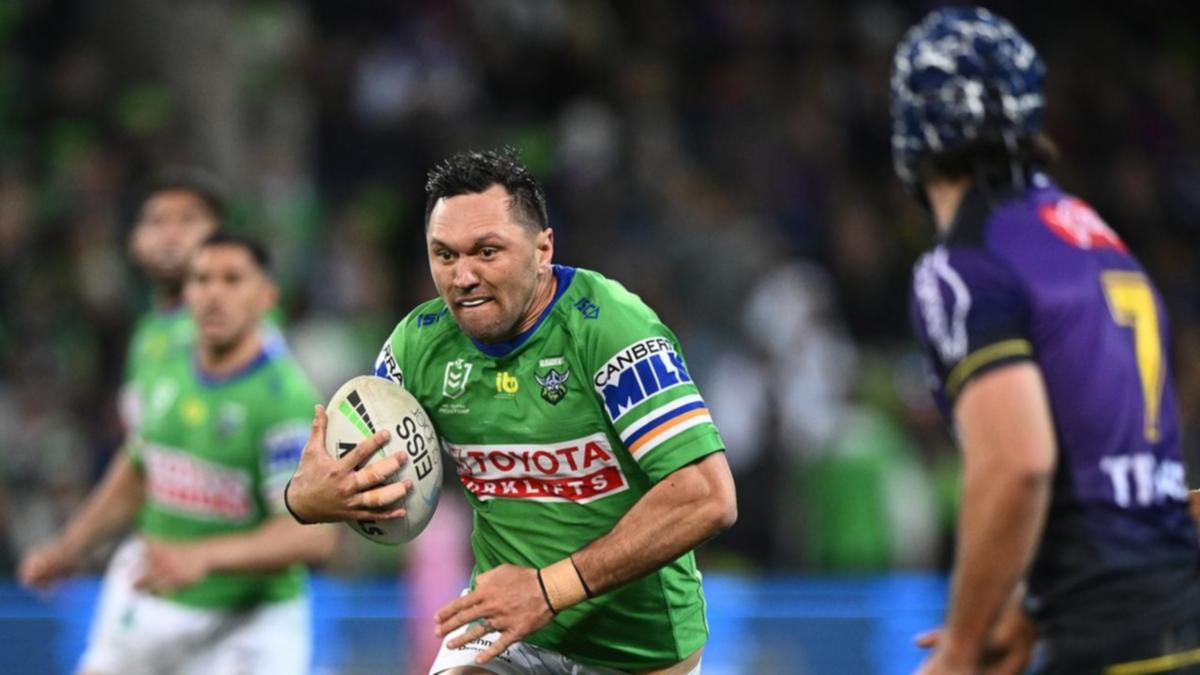 Canberra winger Jordan Rapana says he doesn’t know why pundits continue to write the Raiders off, but it suits them down to the ground.

“You’d have to ask them – I don’t really know, and quite frankly, I don’t really care,” Rapana told AAP ahead of Friday’s NRL semi-final against Parramatta.

“They can keep writing us off. We’ll worry about what we’ve got here and our belief, and if people want to write us off, especially other teams, that’s beneficial for us.”

If the Raiders were to win the premiership from eighth on the ladder, they’d become just the second team in the 27 years since the NRL shifted to a final eight to triumph from outside the top four.

Having successfully negotiated the first finals hurdle by knocking off Melbourne 28-20 at AAMI Park last weekend, they must still win another three sudden-death matches against higher-ranked teams away from home.

One reason they’re overlooked might be their inexperienced outside backs; fullback Xavier Savage (20 years old) and centres Seb Kris (23) and Matt Timoko (22) all made their finals debut in the win against the Storm.

Winger Nick Cotric is far more tenured despite being just 23, but it’s Rapana the back five look to for leadership, with the 32-year-old one of five Raiders playing their 10th final last weekend.

Canberra coach Ricky Stuart said Rapana’s presence was steering the youngsters, giving them the confidence to play their natural football.

“We’ve got a very, very inexperienced back five, but what comes with that is a lot of energy and enthusiasm … and they bounce off ‘Rapa’s’ energy,” Stuart told reporters.

“Rapa has been great for those outside backs, and his bubbly personality and energy has been wonderful for the team, let alone those younger backs that he oversees.”

Rapana praised the youngters for their composure as they play the biggest matches of their careers.

“To be honest I don’t feel like I do too much leading, those boys are very talented and full of confidence and energy and excitement,” he said.

“They’re just savouring the moments and they’re doing a really good job, and apart from talking and helping them get ready for games and staying focused and on-task, there’s not much really much more I need to do.

“I’m fortunate to be an older head and be playing amongst some of these young talents that we have. All credit goes towards them.”