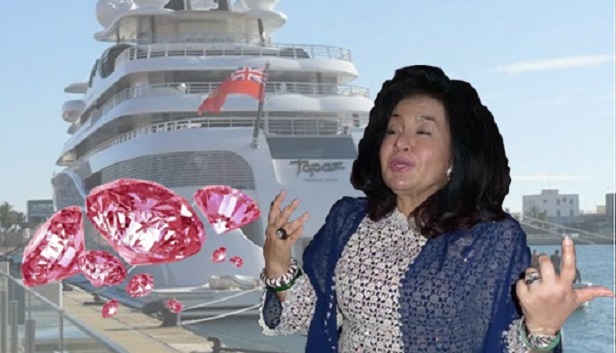 Malaysia Ex-PM’s Wife Gives Up Claim on Seized Diamond Bracelet Rosmah Mansor, the wife of former Malaysian Prime Minister Najib Razak, has relinquished her claim on a $220,000 white gold diamond bracelet that the police seized in a 1MDB raid in 2018, Bernama reported. Her lawyer Azamuddin Abd Aziz informed the High Court of her decision during case management on Wednesday, according to the report. The bracelet is currently kept in the vaults of Malaysia’s central bank. Najib was Malaysia’s leader from 2009 until 2018, when his involvement in the 1MDB scandal cost his party the election and ended Barisan Nasional’s six-decade rule. Shortly after losing power, Malaysia’s police seized about 1.1 billion ringgit ($273 million) worth of items in raids linked to Najib amid investigations into troubled state fund. Najib is appealing a criminal conviction at the Federal Court and faces multiple trials in the High Court for his role in 1MDB. He has denied any wrongdoing. BLOOMBERG 1MDB forfeiture: Rosmah gives up claim on diamond bracelet Rosmah Mansor today relinquished her claim on a US$220,000 (RM966,800) white gold diamond bracelet, which is now kept in Bank Negara Malaysia’s vaults. The matter was informed by Rosmah’s lawyer Azamuddin Abd Aziz during case […]