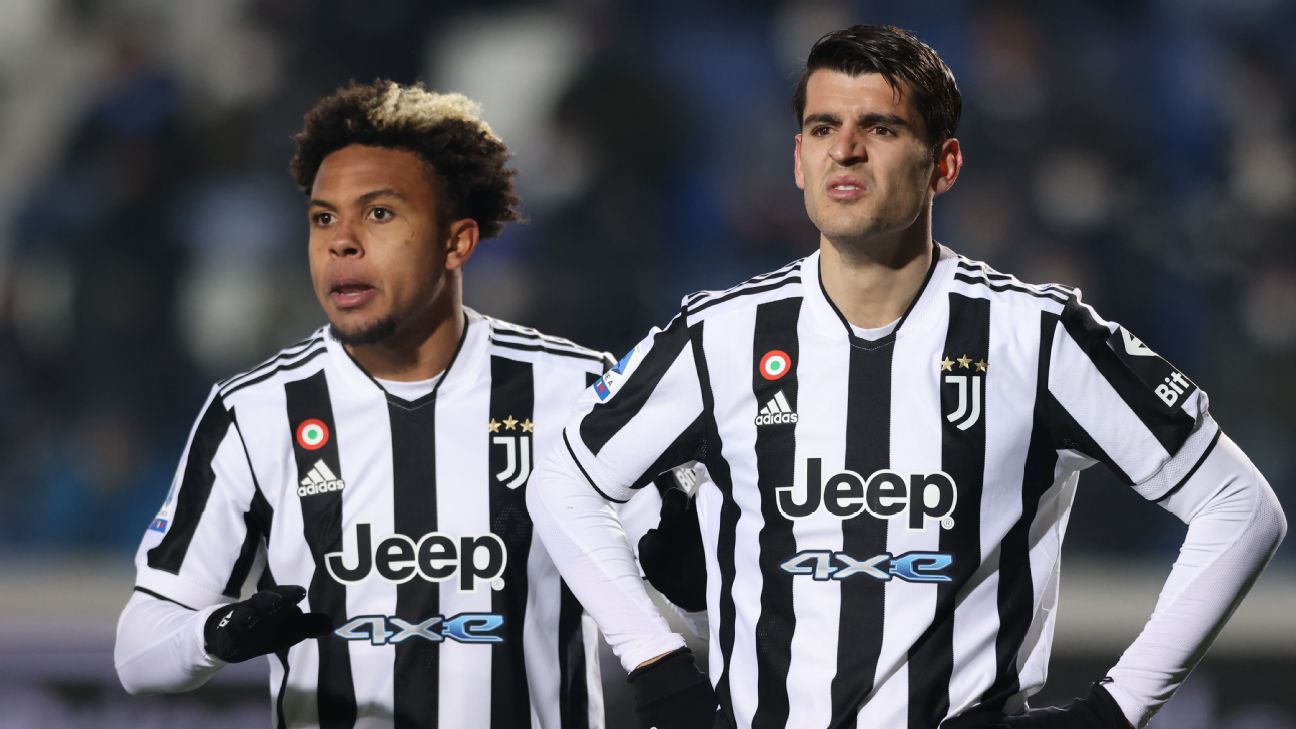 TOP STORY: How USMNT’s McKennie could land with Atleti

United States midfielder Weston McKennie may join Atletico Madrid as part of a deal that would see Alvaro Morata stay at Juventus, as has been reported by Mundo Deportivo.

Morata has been on loan to the Serie A outfit from Atleti since the summer of 2020, with the option to make that deal permanent for €35 million in June.

While Juventus do want to keep the Spain international, they don’t want to pay that fee and are instead looking at various options scenarios to bring it down.

Their first option is to try to sign Morata for between €20m and €25m, but Atleti are not convinced as they reportedly feel they could get more elsewhere.

Massimiliano Allegri is keen to keep Morata but doesn’t fully trust McKennie, adds the story, so it is felt that the midfielder could be offloaded to help fund a deal or even moved directly to Atleti.

The 23-year-old has managed 20 Serie A appearances this season, which was cut short by an injury in February, and has characteristics that could work in Diego Simeone’s team — especially with Hector Herrera joining the Houston Dynamo of Major League Soccer this summer.

McKennie’s versatility is also said to be of interest to Atleti, as they feel he could play as a defensive midfielder, central midfielder or even operate on the right.

– Barcelona hope to sign Lucas Hernandez from Bayern Munich in the summer, reports Diario Sport, though the story adds that the Blaugrana understand this deal would be potentially difficult from a financial standpoint.

There could be plenty of discussions between the two clubs by the time the next transfer window ends, as Robert Lewandowski has been linked with Barca and rumours have suggested Frenkie de Jong could join Bayern.

– Arsenal have been repeatedly linked with Manchester City forward Gabriel Jesus, but they are not alone in their interest as Calciomercato reports that Juventus are also watching the Brazil international.

They are long-time admirers of the 25-year-old, who scored four on the weekend in the Premier League and netted again in City’s Champions League win over Real Madrid on Tuesday. While Juventus haven’t yet made any approach to City for Jesus, the Turin club is on standby in case the opportunity arises. Barcelona are also mentioned as a possible destination in the report.

– Liverpool could be set to offer £30m for AS Monaco midfielder Aurelien Tchouameni, according to Ekrem Konur.

The 22-year-old is currently viewed as one of the most exciting talents in world football and has also been linked with the likes of Real Madrid, Manchester United and Chelsea by other reports.

– L’Equipe reports that RB Leipzig are the team in pole position to sign Bayern Munich defender Tanguy Kouassi on loan.

The deal could last two years, but won’t include the option to make it permanent. The 19-year-old left Paris Saint-Germain in the summer of 2020 to pursue more game time, but has only managed 489 Bundesliga minutes this season.

– After a stalemate between Barcelona and Ousmane Dembele‘s agent Moussa Sissoko, Diario Sport suggests that relations have improved after the latest meeting between the two parties.

While a deal has not been reached, there will be another meeting and Barcelona have promised to find a way of providing a better economic proposal for the France international, while Dembele has agreed to accept less from the Catalans than other clubs are offering him.