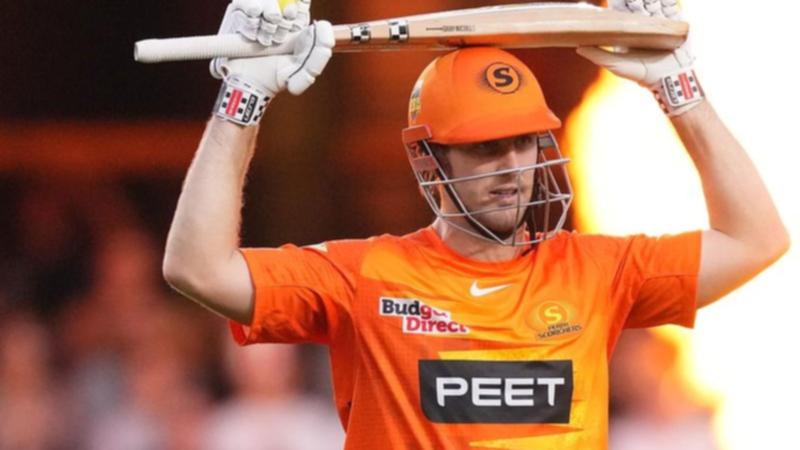 Sydney Thunder will bat first at Manuka Oval as they seek to end Perth’s perfect start to the Big Bash League season.

The Scorchers won the bat flip and elected to bowl as they look to make it seven wins on the trot.

Perth are clearly the competition’s team to beat, while the Thunder (2-3) could do with a win to cement themselves within the BBL top five.

The Thunder’s primary task will be slowing down red-hot Scorcher Mitch Marsh, who has whacked 249 runs at an average of 124.5 this BBL season.

The Scorchers cruised to an eight-wicket win against the Melbourne Renegades in their last match while the Thunder fell to the Sydney Sixers by 30 runs in a rain-affected affair.

The Thunder starting line-up is unchanged, with power-hitter Ollie Davies available as an X-factor should they need extra batting depth.

For the Scorchers, Kurtis Patterson returns to open the batting in the absence of Cameron Bancroft while Matt Kelly replaces Tymal Mills.