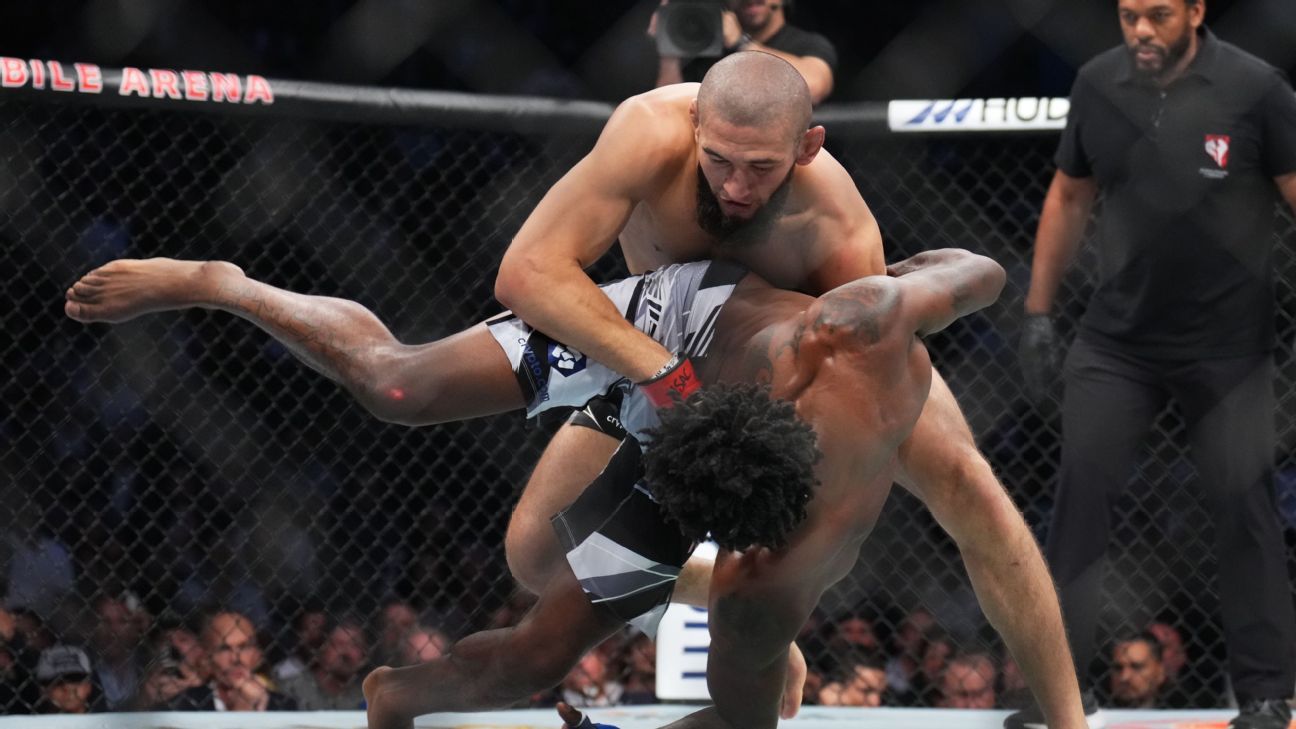 But on the prelims, heavyweights Jake Collier and Chris Barnett delivered a vintage performance, with Barnett recovering from an early Collier attack to win by second-round stoppage. Barnett then pulled off a frontflip to remember, sparking plenty of commentary across social media.

And on the main card, Irene Aldana finished Macy Chiasson in Round 3 with an impressive a rarely seen up-kick to the liver.

Here’s what fellow fighters and and other sport superstars had to say:

A lot of unnecessary drama this week, but Khamzat Chimaev is BAD MAN! Such a special talent #UFC279

I really didn’t think it was gonna be that easy for Chimaev. Terrible look for Holland.

I always say wrestling wins fights but damn I wanted to see khamzat so more than wrestle but why does he need to?

Crazy, @KChimaev is a legend.

I’ve never seen that in the history of the sport ! #ufc279

Up kick Liver kick 😳😳😳 has that ever happened before

Fan favorite Chris Barnett not only got the victory, but his celebration post-fight was as impressive, prompting fellow fighters to react, with former bantamweight champion Henry Cejudo posting on Twitter: “A star is born.”

No matter what you say, Chris Barnett is a warrior and a fun entertainer 🤣.
Congrats man 👏🏾 #UFC279

This was most fun I’ve had in long time. Wow Chris Barnett did it! #UFC279

How can you not love Barnett #UFC279

Yo this is insane 🤯 that is hands down the come back of the year!!!#UFC279