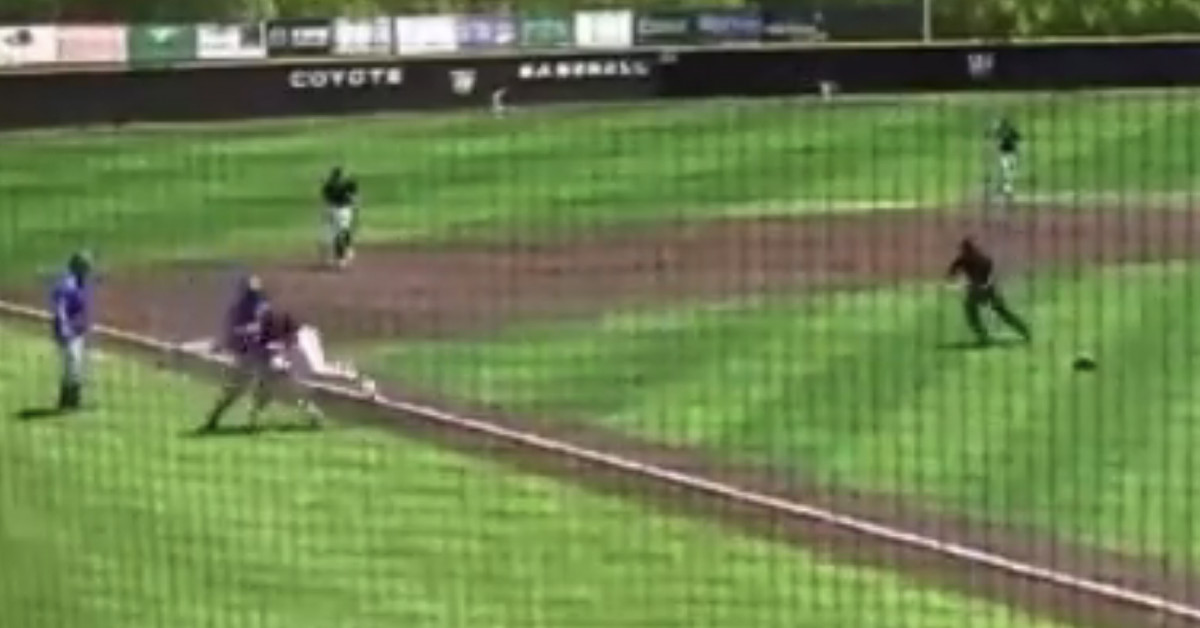 A college baseball game in Texas turned into a police investigation on Wednesday after a pitcher ran off the mound and blindsided the baserunner who just hit a home run.

In a game between NCTC & Weatherford,

Only in Texas folks pic.twitter.com/Bb5lpQ4t34

The game between Weatherford College and North Central Texas College was suspended following the top of the sixth inning, when Weatherford pitcher Josh Phillips took off sprinting from the mound and tackled the opposing batter. It’s unclear if there were words exchanged between the players prior to the hit, but that doesn’t excuse the hit.

“We are shocked and disappointed at what happened in our game today. We do not condone this type of behavior. We have worked hard to build a program with the highest of standards. We are completely embarrassed by this incident, and we apologize to North Central Texas College and the fans of WC baseball. This type of behavior cannot be tolerated.”

The tackle is reportedly being investigated by Weatherford campus police, and the player is set to face disciplinary action from both the athletic department and the office of student services.

It’s truly one of the most shocking incidents we’ve seen in college baseball in some time.