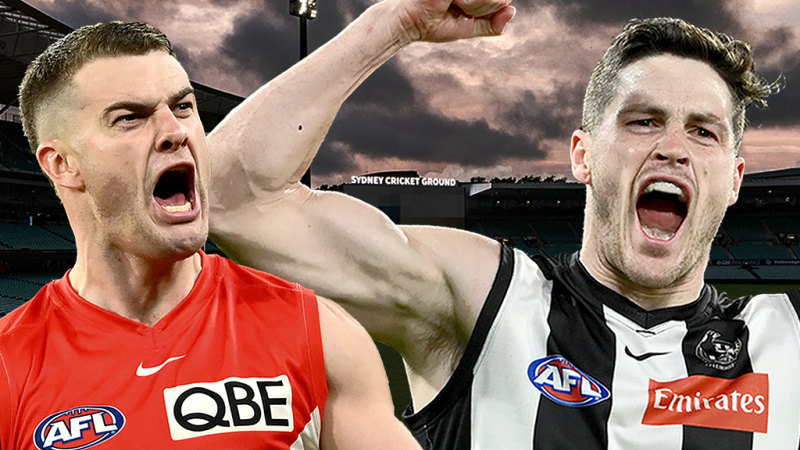 I’ve been embedded in the Collingwood fan bus to report on how they’re preparing for Saturday’s match against the Swans.

As soon as I get to Southern Cross station just before the departure time of 1am, I’m surprised by a range of Pies supporters.

It’s a sea of black and white, from the classic older cheer squad devotees to raucous young blokes and women.

“Up the Pies!” they yell at me enthusiastically as they mistake me for one of them. I am wearing a black and white outfit after all (unintentional).

The bus ride is loud, and most of the chanting begins at the back of the bus from the younger cohort.

Taleb has closed his mechanic shop for the trip and has placed $1000 on his team to bring home a win.

“Ooooo Jordan De Goey”, and the drawn out “Collingwooood” are repeated back to back for the first hour of the bus ride with the occasional “DAICOS!” breaking it up.

There’s no doubt De Goey’s presence has given them confidence going into their do-or-die match in Sydney.

Towards the middle and the front of the bus is the quieter group, who responsibly packed pillows and blankets for the chilly temperatures in the bus.

Among them is Jodie Wilcock who flew from Kalgoorlie, in WA, to Melbourne just to be with her tribe on the Collingwood fan bus.

“Returning home after the 2018 grand final with a plane full of West Coast supporters … that was gut-wrenching,” she says.

Long-time cheer squad member Brooke Batty sits with her 13-year-old daughter Kendra, and they’re chatting about their trip to Taronga Zoo before game starts, something that’s become a bit of a tradition over the years.

“When we went to Adelaide in 2018 [for the game] we went and saw pandas because where else are you going to see them?” Batty explains.

At 3.30am things quieten down and most of the supporters begin to get some sleep, as there’s still close to eight hours or so to travel.

As daylight breaks, we are all woken by a voice yelling “Go the Pies!” and chanting the Freddy Kreuger taunt “One … two … Freddy’s coming for you.”

The bus comes alive with energy and chatter as soon as we cross the NSW border and mark the halfway point. Cars with Collingwood scarves hanging out the windows beep as they overtake the bus, further adding to the excitement.

“Geelong we are coming for ya!” someone yells.

They begin to call the match in their favour already. It’s clear a win and a spot in the grand final is the only thing on their minds.