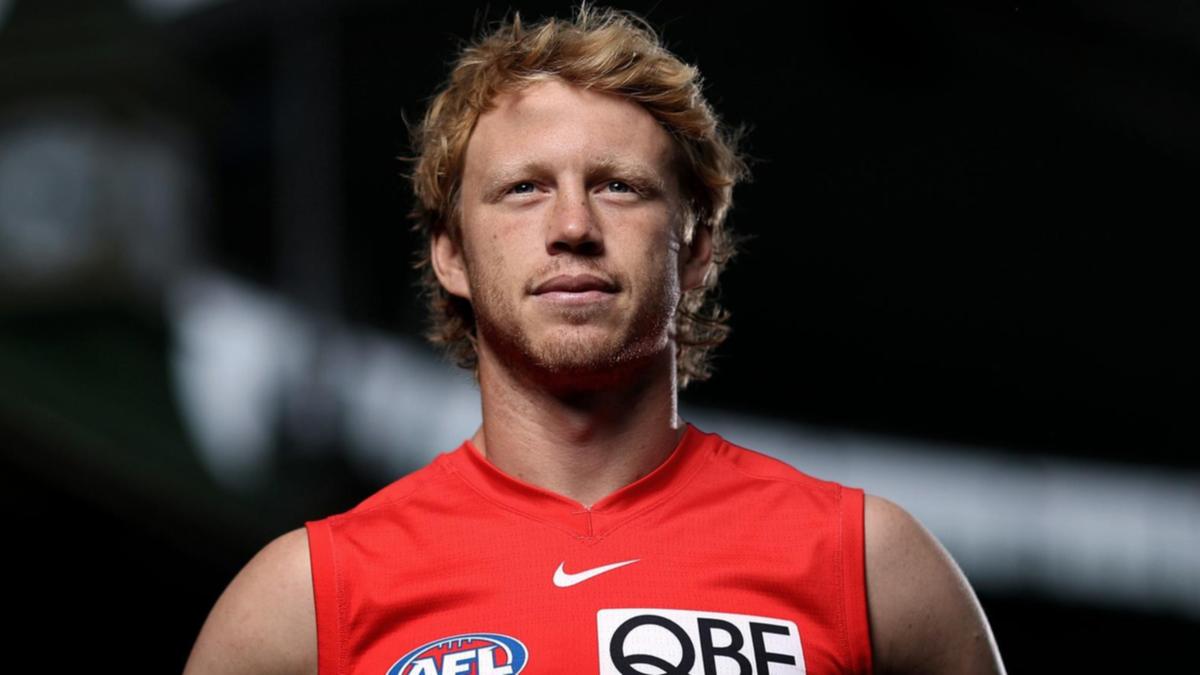 New Sydney Swans co-captain Callum Mills won’t play in Friday night’s practice match against the Giants in Albury as he continues his management of an Achilles injury.

The Swans are taking a cautious approach with their midfield star after he missed three of their last four matches in 2021, including their elimination final defeat to GWS.

Coach John Longmire remains unsure on where Mills sits for Round 1, but Sydney champion Josh Kennedy has no doubts about his leadership qualities.

Kennedy, who stepped down as co-captain to pave the way for his teammate’s elevation, believes Mills is a “natural” leader.

“I learned a lot on the hop, whereas ‘Millsy’ is very much a natural leader and you could see that in his first year at the footy club,” Kennedy told News Corp.

“It’s probably just been a little bit of development to the point now that he’s ready to go and his football takes care of itself and he’s absolutely consistent there.

“But now having the licence to take control in a leadership sense is a natural evolution for him.”

Kennedy, 33, approached Longmire last season to say he thought Mills was ready for the co-captaincy but it will also relieve the veteran of the “pressure” that comes with the role.

The practice match against the Giants, which will last six quarters, is the first competitive step for the Swans in backing up last year’s steep climb up the ladder.

“It’s going to be a tough challenge, because the competition is so even and the expectation on us as a team is certainly a lot greater than it was this time last year,” Kennedy said.

“To be deprived of finals footy for two years, in ‘19 and ’20, and being so successful prior to that at the Swans, then getting another taste for it last year, it certainly reminds you of what you play for.”

Kennedy, who played in the 2012 premiership but also the 2015 and 2016 grand final defeats, is bullish about what this mostly young Sydney group can achieve in the coming seasons.

Dylan Stephens is one player he tipped to thrive in his third season and he expected Errol Gulden to spend more time in the midfield after an excellent rookie campaign up forward.

Top-20 draftee Angus Sheldrick has made an impression on Kennedy, too.

“He’s got all the attributes you love in a footballer,” Kennedy said.

“He came in and straightaway made his impact felt physically. He went one-on-one with ‘Paps’ (Tom Papley) in one of his first sessions and I think ‘Paps’ came off second-best.”

Friday’s match at Lavington Sports Ground starts at 6pm, with tickets also on sale for the Round 1 clash between the two Sydney teams.