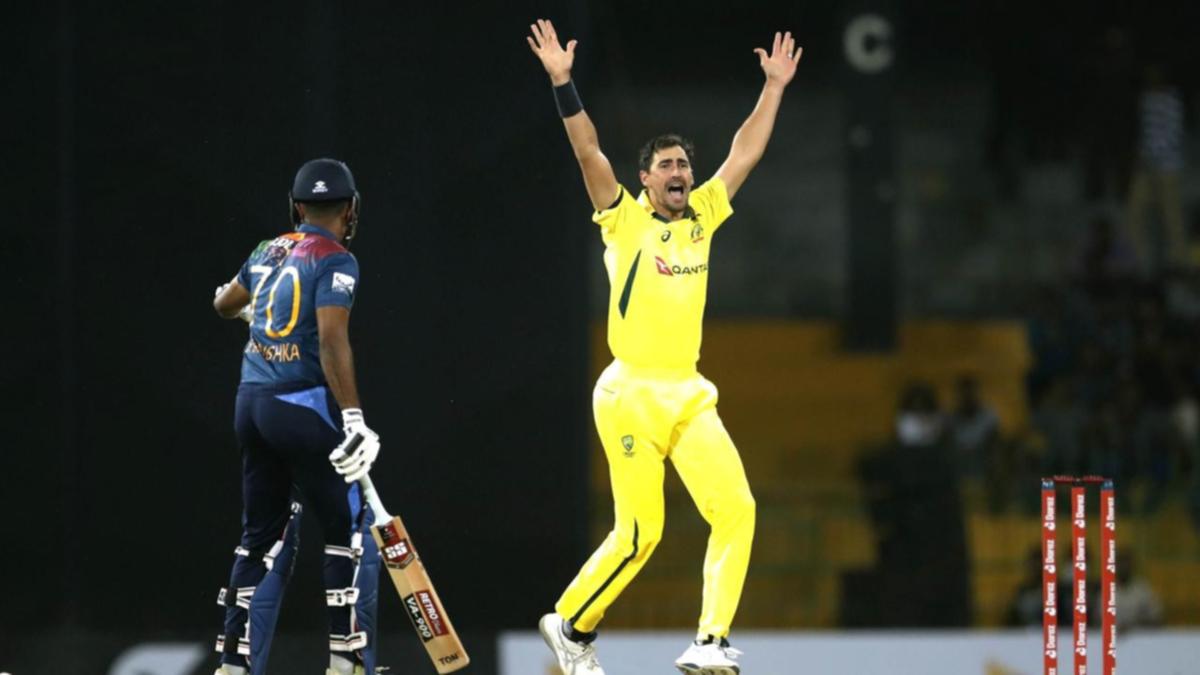 Mitchell Starc will miss at least another week of Australia’s tour of Sri Lanka as he recovers from the injury to his left index finger.

Paceman Starc has been ruled out of Saturday’s third and final Twenty20 and will likely miss at least the first two games of the five-match one-day series starting on Tuesday.

The left-armer’s injury has allowed Jhye Richardson to come back into the 50-over fold, as he came into the squad as cover for Starc.

Richardson has not played an ODI for Australia since March 2020 but took career-best Twenty20 figures of 3-26 in Australia’s three-wicket win on Wednesday night.

Richardson was initially scheduled to join the Australia A squad, who are also touring Sri Lanka after the T20s finish, with the first of two four-day games to start next week.

Starc’s injury leaves him short of match practice before the Test series starts on June 29.

The 32-year-old cut his most important bowling finger when it clipped a spike near the front of his boot in his follow through during the first over of the T20 series opener on Tuesday night.

He was allowed to continue bowling with tape on his finger given the injury was sustained in that match, but is unable to have tape in any subsequent matches.

He has since required six stitches in the finger, but is at least able to train with the main group as he recovers.

“His recovery time is unspecified but anticipated to be a minimum of seven days,” Cricket Australia said in a statement.