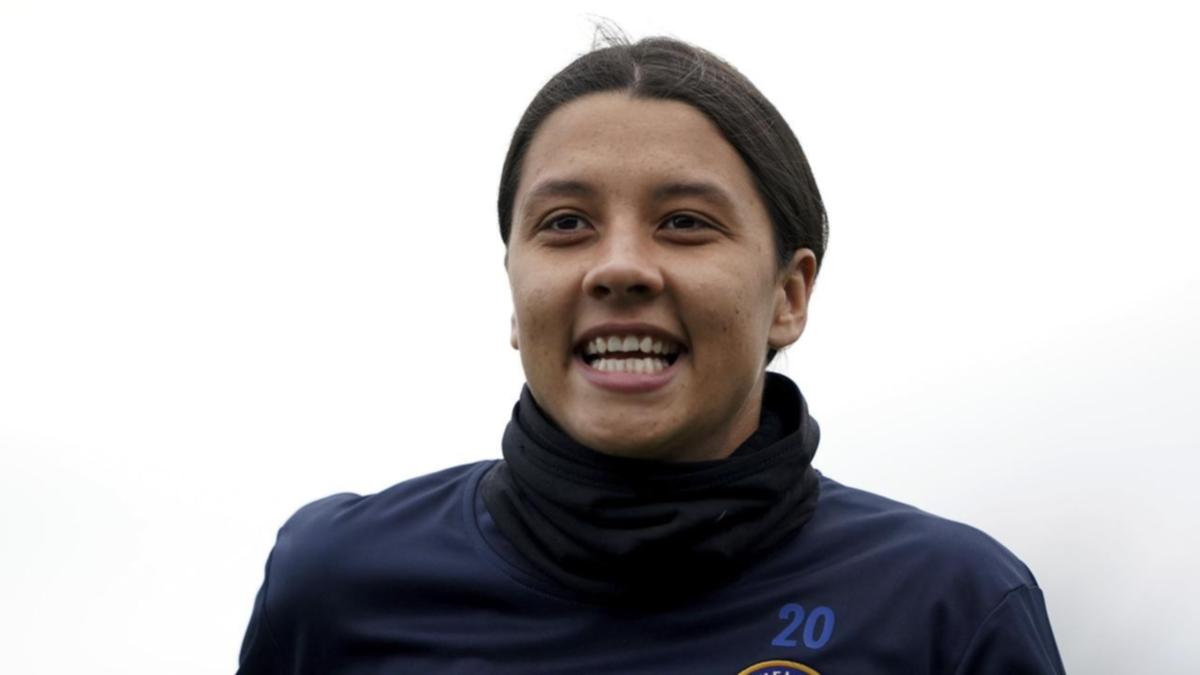 Matildas captain Sam Kerr’s great season for Chelsea has earned her England’s Women’s Footballer of the Year award in the annual vote of the Football Writers’ Association.

The top scorer in the Women’s Super League this season with 18 goals, Kerr collected the award with 40 per cent of the vote, beating Arsenal striker Vivianne Miedema and City’s Lauren Hemp.

The award came hours after Kerr scored in Chelsea’s 2-1 win over Tottenham Hotspur as they increased their lead at the top of the Women’s Super League to four points over second-placed Arsenal.

Liverpool forward Mohamed Salah was named England’s Men’s Footballer of the Year with the Egypt international picking up the award for the second time.

Salah, who also won in 2018, got 48 per cent of the vote, ahead of Manchester City’s Kevin De Bruyne and West Ham United’s Declan Rice who came second and third respectively.

The 29-year-old has 30 goals and 14 assists in 44 games for Liverpool this season and remains a key part of Juergen Klopp’s team, who are one point behind leaders Manchester City in the Premier League with five matches left.