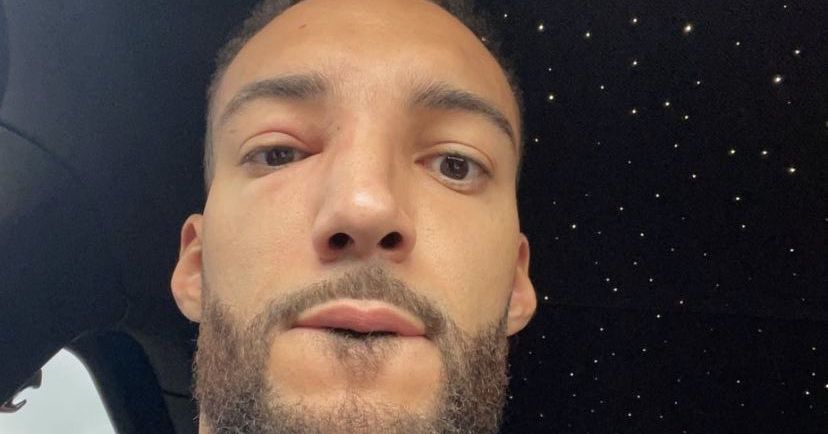 When the Utah Jazz try to save their season in Game 6 of their first round series against the Dallas Mavericks, they will have to do it with Rudy Gobert playing through pain. No, Gobert didn’t suffer an injury in the 2022 NBA Playoffs. Instead, he was stung in the face by a bee at a beehive he owns at his home.

Gobert said he purchased the beehive last year, telling reporters: “It’s good for the environment, it’s good for the landscape, the flowers, the fruits. And I love honey, so I always wanted to have my own. It’s great.” There is a little bit of danger that comes from owning a beehive, though, and Gobert noted this is the third time he’s been stung. It happened as he was working with a beekeeper to change the queen bee at his hive.

Gobert said the bee sting shouldn’t affect him too much for Game 6.

Rudy Gobert got stung on the nose by a bee from the hive he owns at his house. There’s some swelling, but he can see fine. “There were seven guys, and I was the only who came out,” he joked to open his media availability.

Then he posted a selfie showing off the bee sting on the bridge of his nose.

The Jazz are facing elimination in Game 6, and there’s rumblings the core of the team led by Gobert and Donovan Mitchell could be broken up after the season if Utah fails to make a deep playoff run. It’s possible this is the last game Gobert ever plays in a Jazz uniform, and he’s going to do it after getting stung by a bee on his nose days earlier.