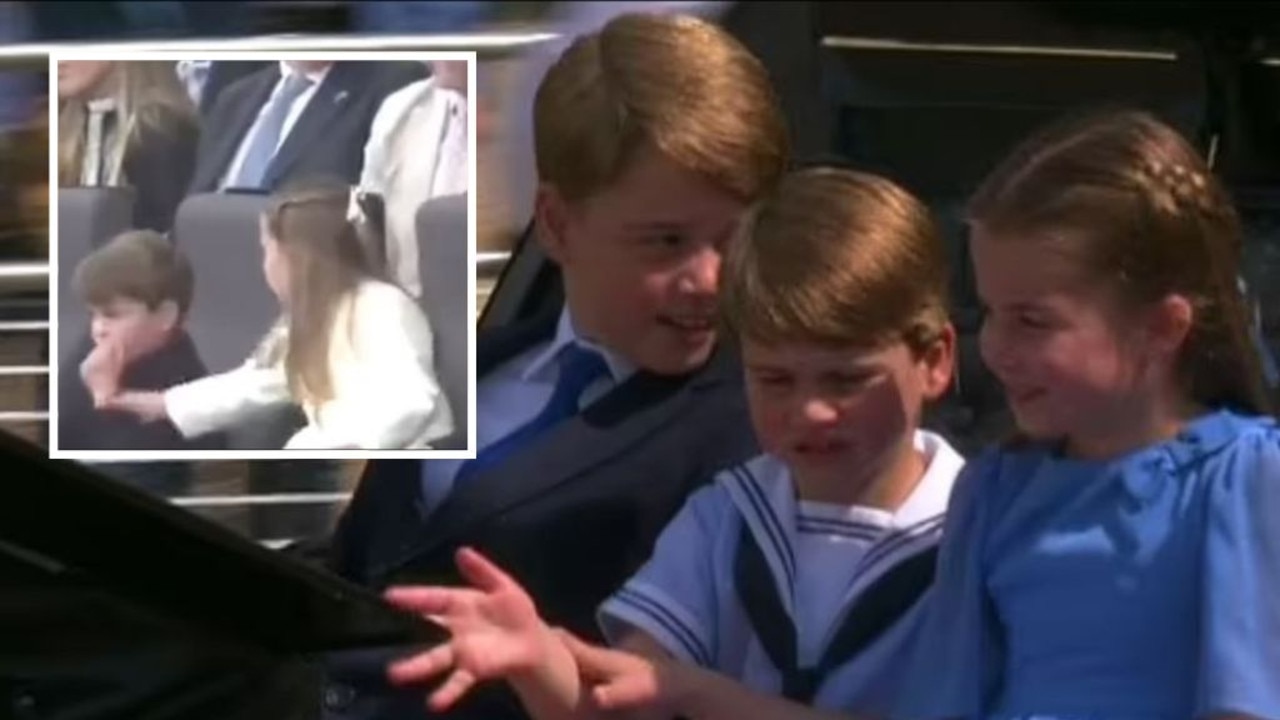 Princess Charlotte was the ultimate sister — and a big help to her mum Kate — keeping her brothers Louis and George in charge.

All eyes were on the Cambridge children during the Jubilee celebrations – and Princess Charlotte was determined to see her siblings present themselves appropriately.

The seven-year-old royal was regularly seen correcting the behaviour of George, eight, and Louis, four, as they took part in the public events, The Sun reports.

In one clip at the Jubilee Pageant on Sunday, excitable Prince Louis was seen putting his hands in his mouth.

Charlotte immediately reached for his hand and subtly pulled it down onto his lap.

Later in the show, Louis stood on his chair waving at the parade, and his big sister tried to gently pull him back down into his seat.

She also pushed his foot off when he put it on her chair in one sassy moment.

Meanwhile, during the carriage ride at Trooping the Colour on Thursday, Louis sat between his siblings as they travelled down The Mall.

When he carried on waving at the crowds enthusiastically, Charlotte pulled his hand back down onto his lap.

As the national anthem played, Prince George placed his hand on the balcony ledge.

However, Princess Charlotte subtly nudged her brother’s arm, reminding him to stand up straight during the song.

George was then seen correcting his posture and putting his arms by his side.

Royal fans were loving Charlotte telling her brothers off and were quick to comment on it.

One said: “Princess Charlotte being done with Louis’ antics is the ultimate older sister behaviour.

“She saw mum telling Louis not to suck his thumb so if she does it when mum looks away Charlotte is there to handle it.

“Charlotte is also the waver master and if Louis waves a taaadd too long she knows when he has to stop.

“She’s so fiery and fierce!

“She’s an icon she’s a legend and she IS the moment.”

Many compared Charlotte to Princess Anne, who is the Queen’s only daughter and grew up with brothers Prince Charles, Prince Andrew and Prince Edward.

Another fan said: “Princess Charlotte keeping her brothers in check all through the Jubilee celebrations. She is a mini Princess Anne.”

Royal fans were touched by Princess Charlotte’s adorable gesture to Prince George while at a royal engagement in Cardiff on Sunday.

The children were accompanied by Kate and William to meet performers at a Platinum Jubilee concert at Cardiff Castle.

Princess Charlotte, who is known for her fun personality, often spotted pulling sweet faces and waving at photographers.

But she showed her tender side while out in Wales as she took a small purple flower and gave it to her brother, Prince George.