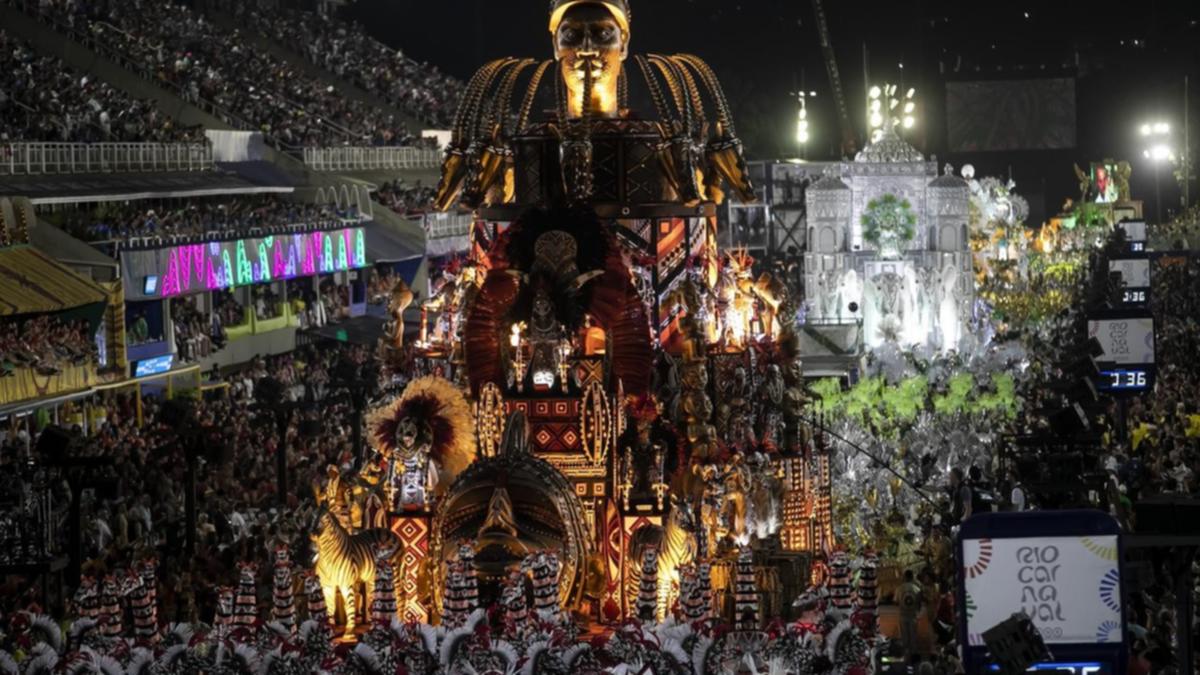 Rio de Janeiro’s top samba schools have begun putting on their delayed Carnival parades, the first after a two-year hiatus caused by the COVID-19-pandemic.

The schools’ colourful floats and flamboyant dancers began entering the Sambadrome grounds late on Friday to parade before tens of thousands of fans on the first evening of the two-night spectacle.

Rio’s Sambadrome has been home to the parade since the 1980s, and is a symbol of Brazil’s Carnival festivities. During the pandemic, it was a shelter for more than 400 homeless people and also served as a vaccination station.

Brazil confirmed its first cases of the coronavirus in mid-March 2020, just after that year’s Carnival festivities came to an end. The 2021 edition was swiftly cancelled due to the rise of the delta variant.

More than 663,000 people have died from COVID-19 in Brazil, the second-highest of any country in the world, according to Our World In Data, an online research site.

Sao Paulo also kicked off its Carnival parade Friday evening. Both cities’ parades usually take place in February or March, but their mayors in January jointly announced they were postponing Carnival by two months due to concerns about the proliferation of the Omicron variant.

The number of cases and deaths has plunged since then, and more than three-quarters of Brazilians are fully vaccinated, according to the country’s health ministry. Local authorities have allowed soccer matches with full attendance since March.

Rio authorities said earlier this week those attending the parade would have to show proof of vaccination, but media reports showed that attendees had no trouble getting tickets or entering the Sambadrome without showing the required documents.

For those unwilling to shell out for the price of admission, there were street parties across Rio -despite City Hall denying authorisation for them to take place, citing insufficient time to prepare.