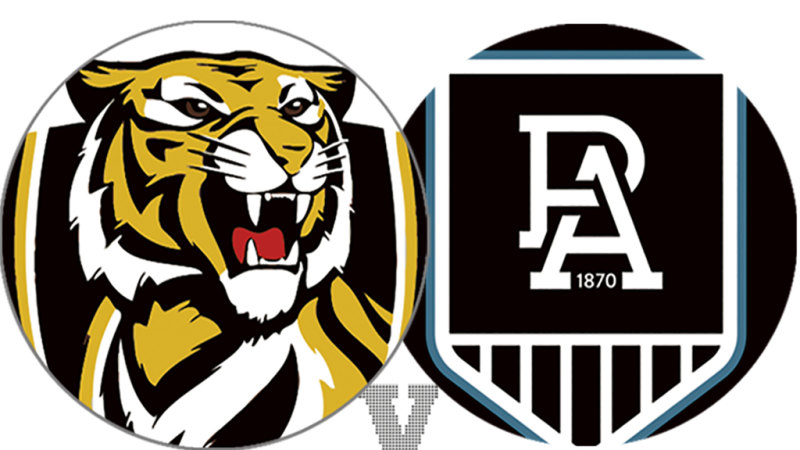 Q: A frustrating night, you worked so hard to get back into the game, but the last quarter got away from you?

A: It was a tough contest all night, both teams went blow for blow for a good period of time and Richmond were good enough at the end to finish with a couple of big blows that put us out of the game. But we took the lead and we were in… We had worked really hard to get into that position, but we couldn’t hang on for long enough.

Q: After the Geelong game, before this game, you spoke about contested possession and clearances, et cetera. You were behind and then got that on your terms in the second term. Was that a step forward tonight in that regard?

Q: How costly was the first quarter, when you started well with the first 2 goals, but seem to over possess the ball a bit and then turnover after turnover…

Q: Can you talk us through the Butters and Jonas collision, that they came back on really quickly and there was externally some surprise, what the process was?

A: What do you mean? Why did they come back on?

A: If they need a concussion test, they have to, is that the question?

Q: Did they take a concussion test, or they didn’t need one?

A: No… Look. I gather there would be some conversation around the collision, but people get cuts in games of football, they don’t get concussion, in that circumstance. I have a doctor who has been with our footy club for 25 years, and the conversation between our doctor and our football manager during the game was, these boys have no issue with concussion. If anyone has got a challenge on that, and they feel more qualified than Mark Fisher, who is a 25-year AFL doctor, feel free, but I think you want to be really sure you are not trying to umpire or make some calls from outside the fence, when you have no knowledge. We’ve got a very experienced doctor who has the utmost respect in the AFL.

Q: Were you surprised, given the severity of the clash and the impact, that you got the word back that they were not concussed?

A: Not surprised, I knew Trent had to come off, he had done his calf, I trusted the people who were running that part of the organisation, it was an injury, it was a had close, both boys were split open and bleeding, I can tell you all the facts, they both got bashed up. I spoke to both boys in the room straight after the game, they were not laying down or fainting or doing anything silly, they were talking to me very clearly. ‘I’m going to have a big black eye, and I’m pretty good, everything is OK.’ And they are tough players too. Shouldn’t forget how tough they are. Because that is a hit. For those who don’t think the game is tough, it is a hit.