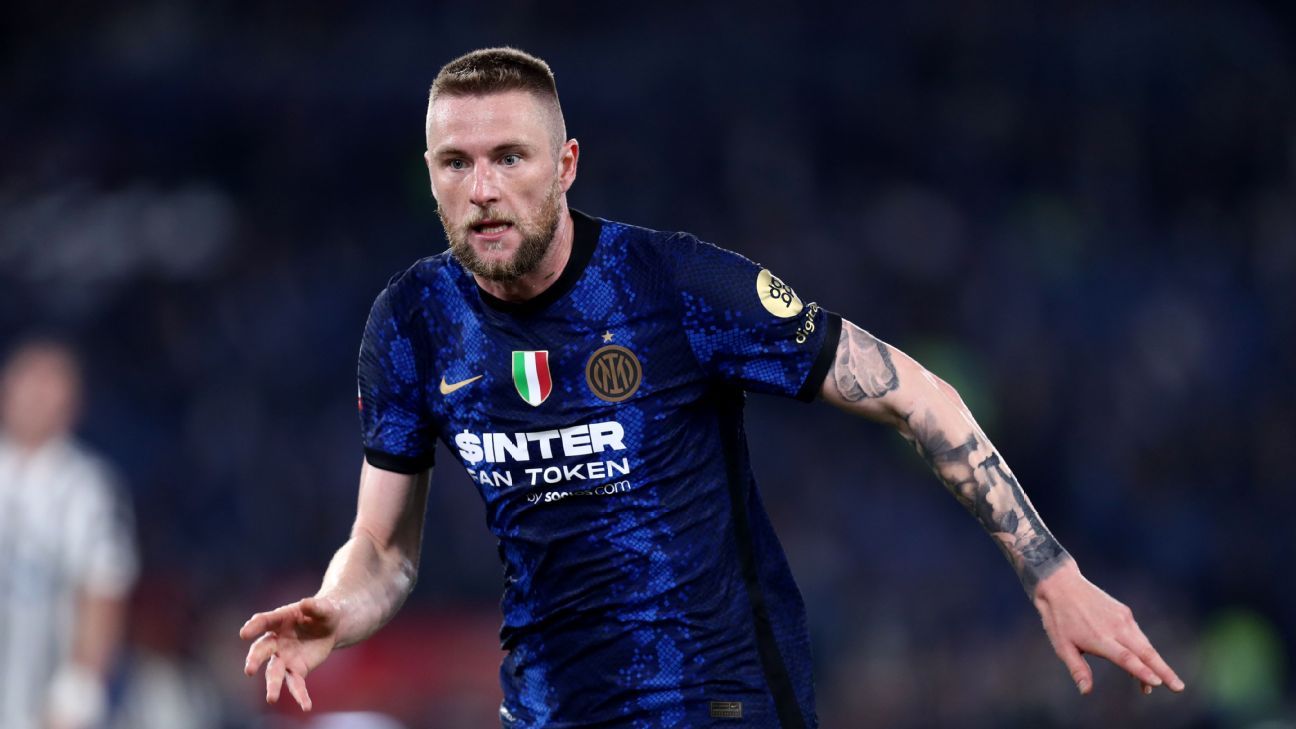 The summer transfer window is closed for the major leagues in Europe. However, with an eye on January, there’s plenty of gossip swirling about who’s moving where. Transfer Talk brings you all the latest buzz on rumours, comings, goings and, of course, done deals!

Real Madrid are planning to beat Paris Saint-Germain, Chelsea and Tottenham Hotspur to the signing of Inter Milan defender Milan Skriniar, according to Football Insider.

Skriniar, 27, has a contract which expires in 2023 and his future at Inter remains in doubt as he is yet to sign a new deal.

The Italian side have previously rejected bids up to a reported €70 million for the Slovakia international, but could now lose him on a free transfer next summer.

While PSG have led the chase, Tottenham boss Antonio Conte is a big fan of the defender following their two years together at San Siro and could make a move in January. However, after managing to secure Antonio Rudiger from Chelsea on a free transfer last month, Real Madrid are plotting a similar move for the in-demand Skriniar.

Lukaku, 28, returned to Inter on loan last month, just a year after leaving for a €115m move to Chelsea.

The Belgium international has one goal from three games, having struggled with injury so far this season. But because Inter already paid €8m for the loan, with that fee rising to €10m if they wanted to renew the loan next year, Di Marzio suggests a permanent deal is not a certainty with his contract at Stamford Bridge expiring in 2026.

09.24 BST: Liverpool, Manchester United and Real Madrid are already keen to land Borussia Dortmund star Jude Bellingham, but now Chelsea are in the race too, says The Sun.

Bellingham, 19, is one of the best young midfielders in the world and would cost around €120m to sign.

But Chelsea are ready to compete for his signature with their European rivals.

09.00 BST: Pep Guardiola says he is “delighted” with Jack Grealish‘s performances for Manchester City and has told the England midfielder to ignore the noise around his start to the season.

Grealish, who signed from Aston Villa for £100m in 2021, has been criticised for a perceived slow start to the new campaign and was substituted after 58 minutes of the Champions League tie with Borussia Dortmund on Wednesday with his team 1-0 down.

Guardiola’s side eventually battled back to win 2-1 but the City boss insists Grealish is doing more than enough and reminded the 27-year-old to shut out the critics.

“I don’t have any doubts about him, not at all,” Guardiola told a news conference on Friday. “I know him and I’m more than happy and delighted with what he’s doing. I don’t know [if he listens to criticism]. I don’t talk about that, if they listen to all the comments or the radio.

“There are many things outside of football, hobbies and many, many things they can do, the cleaner and better. You can live without listening to anything. If you played well and the people say you didn’t play well it doesn’t matter. In three more days you have another challenge to be happy and do what you have to do. The rest is not important.”

Gab & Juls react to Todd Boehly’s comments about Mohamed Salah and Kevin De Bruyne being developed in the Chelsea academy.

Roma are pushing for Nicolo Zaniolo to sign a new deal, over fears that Juventus and Tottenham will come knocking again for the midfielder, according to Calciomercato. Zaniolo, 23, who scored eight goals and provided nine assists in 42 appearances across all competitions for the Giallorossi last season, previously expressed that he was in no rush to sign a contract extension, with his current deal set to expire in 2024. However, sporting director Tiago Pinto is eager for the Italy international to commit his long-term future at the Stadio Olimpico in an attempt to deter their Serie A rivals, with a new deal reportedly expected to last until 2027.

Marcos Alonso has a verbal agreement with Xavi Hernandez to stay at Barcelona until 2024, according to Sport. The 31-year-old joined the Blaugrana on a one-year-deal after leaving Chelsea on a free transfer this summer. However, the left-back is expected to renew his contract for another year at the end of the season. Despite an impressive preseason display from 18-year-old Alejandro Balde, who was subsequently rewarded with a four consecutive LaLiga starts ahead of captain Jordi Alba, Alonso has now taken over as the first choice in the left-back position, making his full debut in the Champions League against Bayern Munich.

AC Milan and Fiorentina lead the interest to sign young FC Midtjylland winger Gustav Isaksen, reports Sky Sport Italia. The two Italian sides had scouts watching as the 21-year-old scored in a convincing 5-1 victory against Lazio in the Europa League. Midtjylland reportedly rejected an offer from a Premier League team in the summer, however the Denmark U21 international reportedly favours a move to Italy.

Leeds United will return for PSV Eindhoven winger Cody Gapko in January, writes Eindhovens Dagblad. It is reported that the two sides could reach an agreement for the 23-year-old in the winter transfer window, as £43m is thought to be enough to secure his departure from the Philips Stadion. The Netherlands international has made a blistering start in the Eredivisie this season, with seven goals and three assists in six appearances.