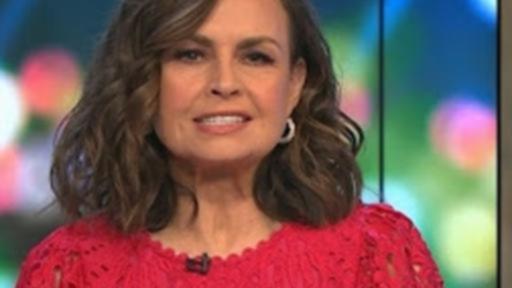 The Project panellist Lisa Wilkinson has apologised for suggesting Russia and Ukraine could settle the war through a soccer match, after copping online backlash for the on-air comment.

Wilkinson, co-host of the Channel 10 current affairs show, joked war-torn Ukraine could make peace with its invader in a soccer contest while the show was live on Thursday night.

“They should just have one game, Russia versus Ukraine, and we can settle a war,” Wilkinson laughed.

Fellow panellists Waleed Aly, Peter Helliar and Tony Armstrong laughed off the proposal in a lighthearted segment, but some viewers were left angered, taking to social media to denounce the comment.

“Your comments about Russian war in Ukraine are disgusting,” one viewer tweeted.

She also cleared up her stance on the conflict.

“My sincere apologies, it was not meant to offend,” the media personality wrote.

“I hope the many, many other comments I have made over the last four months have made it clear that my feelings on the tragedy of the despicable acts perpetrated by Russia in this war would make that clear.

“Again, if not, my sincere apologies for any offence taken.”

The follower called out the comment as insensitive and painful.