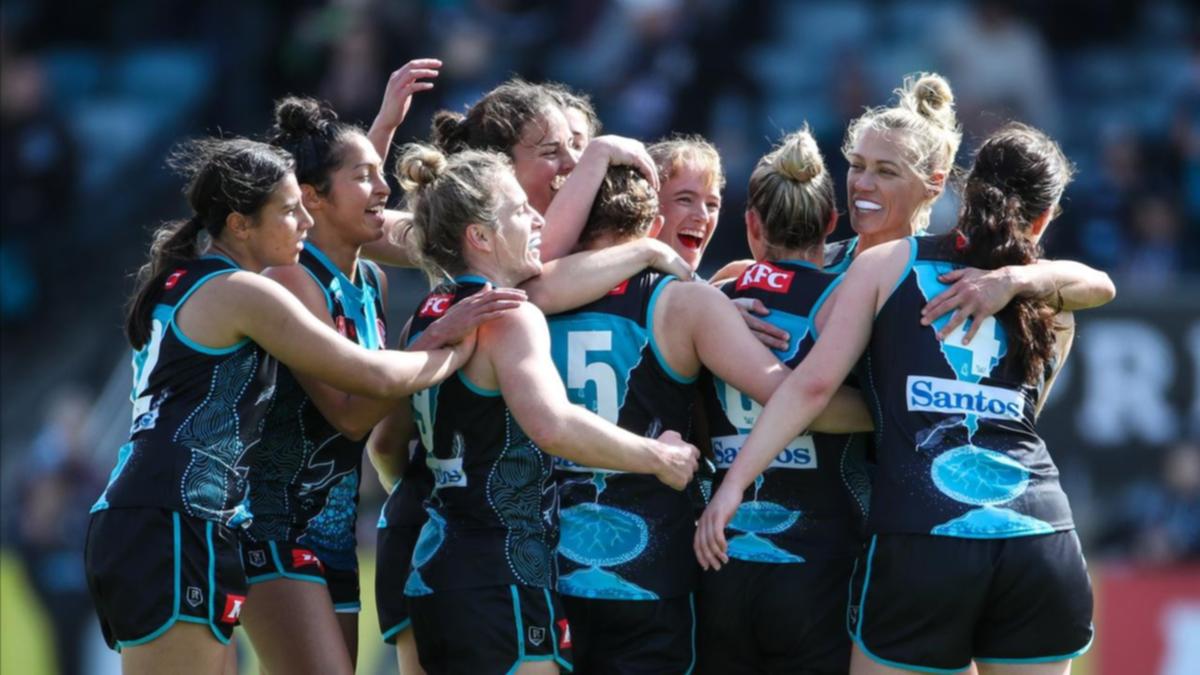 The Power’s 10.8 (68) to 0.2 (2) demolition job on Saturday was their first AFLW win and a fitting way for captain Phillips, the most decorated player in the competition’s history, to celebrate her 50th game.

Dowrick (24 disposals, one goal, 14 tackles, one goal), Ewings (three goals, 19 disposals, eight tackles) and Jacqui Yorston (14 disposals, 12 tackles) were far too much for the Swans’ battered midfield to handle.

Phillips was in everything early as Port dictated proceedings in wet, wintry conditions, owning a marked edge in first-term inside-50s (14-1) and moving ahead 3.3 to nil when Brittany Perry goaled on the quarter-time siren.

Sydney were consistently second to the football – and when they did manage to get hold of it, they were hurried into overusing it by hand.

The heavens finally cleared in the third stanza and Port ran riot with a five-goal term.

Kate Surman snapped truly from a no-look Phillips handball, before emerging 18-year-old star Ewings, who missed her first four attempts at goal in her career, ensured her first six-pointer was one to remember, bombing spectacularly from outside 50.

A minute later, fellow teenager Dowrick bounced one home from almost 60m, before Ewings converted a free kick on the three-quarter-time bell to put rampant Port in front by 52 points.

Ewings then nailed her third in the opening seconds of the fourth, before Perry iced it by jagging her second, set up by Phillips, who finished with eight score involvements and five assists in a milestone match to savour.