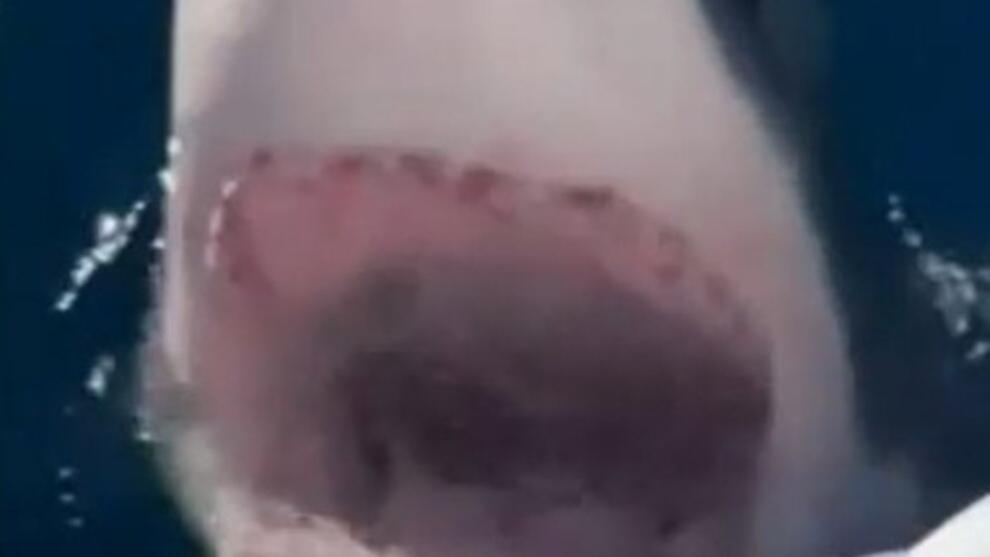 A Perth family started their Easter holidays with a scene straight out of a horror movie after a great white shark attacked their boat.

What was expected to be a relaxing Good Friday fish off the coast of Mandurah for the Tuckfield family quickly turned into a terrifying hour-long encounter with the 4 metre-long predator.

David Tuckfield, Tanya and their 14-year-old son Shelby told 9 News they departed from Mary Street Lagoon in Halls Head, with the family first encountering the shark while Shelby was reeling in his catch.

“It was like 2 metres from the top and all you could see was his teeth and big mouth coming up,” he said.

The shark then proceeded to attack their 7.2 metre-long boat.

It circled them for an hour, leaving batting scars on the motor and berley cage and eliciting a terrified scream from Mrs Tuckfield who said it gave her “goosebumps”.

“He was giving it a good nudge. You could feel the boat move a little bit when he hit it,” Mr Tuckfield said.

Shark expert Hugh Edwards said they were lucky the shark did not take a bite of their boat, saying the best thing to do in that situation would be to take all the baits and fish out of the water and move on.

But the scary experience will not keep the Tuckfield family out of the water, after they described it as the “highlight of their Easter long weekend.”

“Such a big majestic creature, we don’t appreciate them until you see them up close and it is their playground,” Mr Tuckfield said.