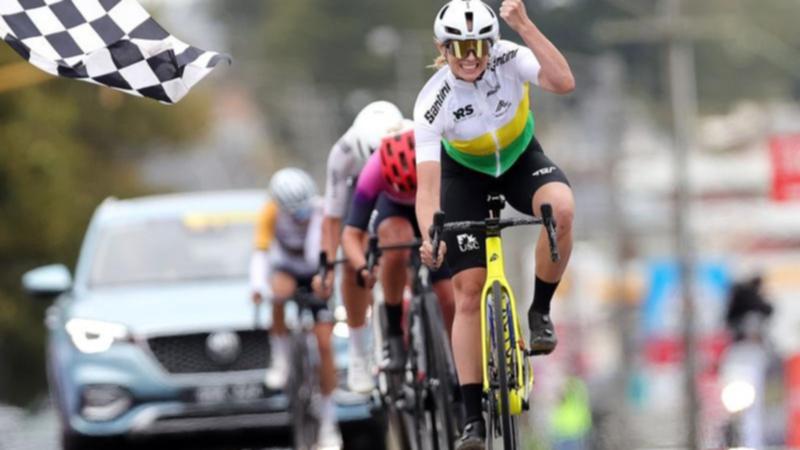 The 22-year-old SA rider took out a select six-rider sprint to triumph in Sunday’s 160km race, the first time the race known as the “Warrny” has featured a standalone women’s event.

Previously, women had ridden in the men’s race.

Plouffe crossed the line in four hours 14 minutes 52 seconds, ahead of Josie Talbot and Matilda Raynolds.

Plouffe’s win capped a big weekend for the the ARA Pro Racing Sunshine Coast team, after Cameron Scott took out the men’s Melbourne to Warrnambool Classic on Saturday.

“I was really looking forward to being part of this first Warrnambool, every woman out there wanted to be part of that history and animate the race,” Plouffe said.

“That was incredible, that was so much fun. I don’t think that I’ve done a race that hard before.”

Plouffe was part of the Australian team pursuit squad that finished fifth on the track at the Tokyo Games.

While the men started from Avalon near Geelong, the women set off from the country town of Colac.

Plouffe, Talbot and Raynolds were in a group of key riders who broke away inside the last 40km.

Talbot said Plouffe was “in a league of her own … she was just way too strong.”