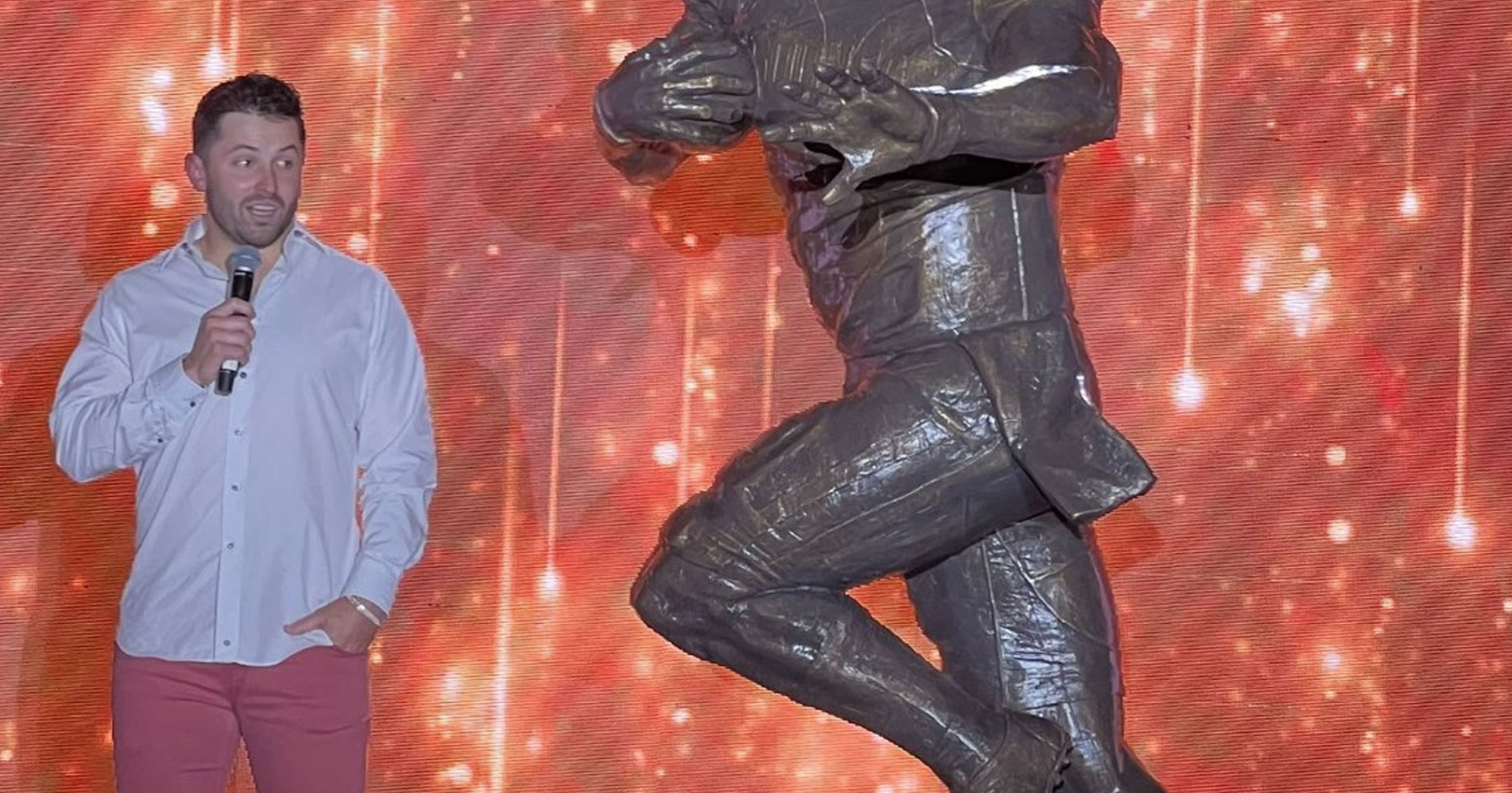 Baker Mayfield’s NFL career seems to be on a downward trajectory and with that, it seems like his best football may be behind him.

The Browns QB was undoubtably a stud at the University of Oklahoma, where he won the Hesiman Trophy and led the Sooners to two College Football Playoff appearances in 2015 and 2017.

Whether that deserves a trophy at a school as acclaimed as Oklahoma is up for debate, but what’s not up for debate is how awful that statue turned out.

The school unveiled the massive bronze statue with Mayfield in attendance on Friday ahead of the team’s spring game, and well, if it wasn’t for the ceremony you’d be hard pressed to recognize who it was on your own.

Also, why is Baker playing football without a helmet on?