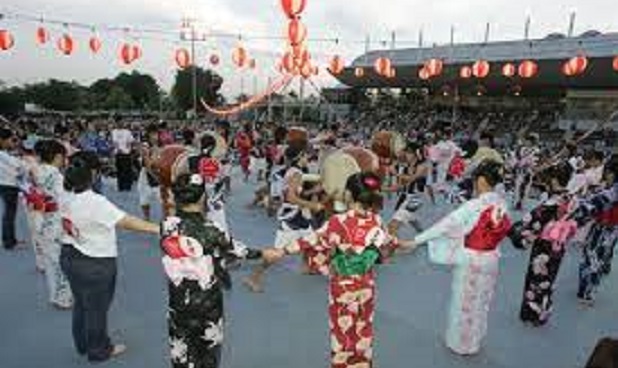 Muslims advised not to participate in Bon Odori fest SUNGAI BESAR: Muslims are advised not to participate in the Bon Odori festival to be held at the Shah Alam Sports Complex on July 16 as the festival contains elements of other religions, says Datuk Idris Ahmad. “A study conducted by the Malaysian Islamic Development Department (Jakim) found that the festival does have religious elements, so we advise Muslims not to participate in it,” said the Minister in the Prime Minister’s Department (Religious Affairs). He told the media after attending the groundbreaking ceremony for the Selangor Islamic Education Foundation’s (Yapis) education complex project here. He said this when asked to comment on the annual Japanese festival, which has also received negative reactions on social media, especially among Muslims in the country. The event’s promotional poster also depicted an anime of a kimono-clad woman wearing a hijab. “That’s why we hope such confusion does not arise. Jakim as the coordinating party (of Islam in the country) advises Muslims not to participate in programmes like this or any programme that could affect our religion and beliefs,” he said. On another note, Idris said that a man referred to on social media as “The […]