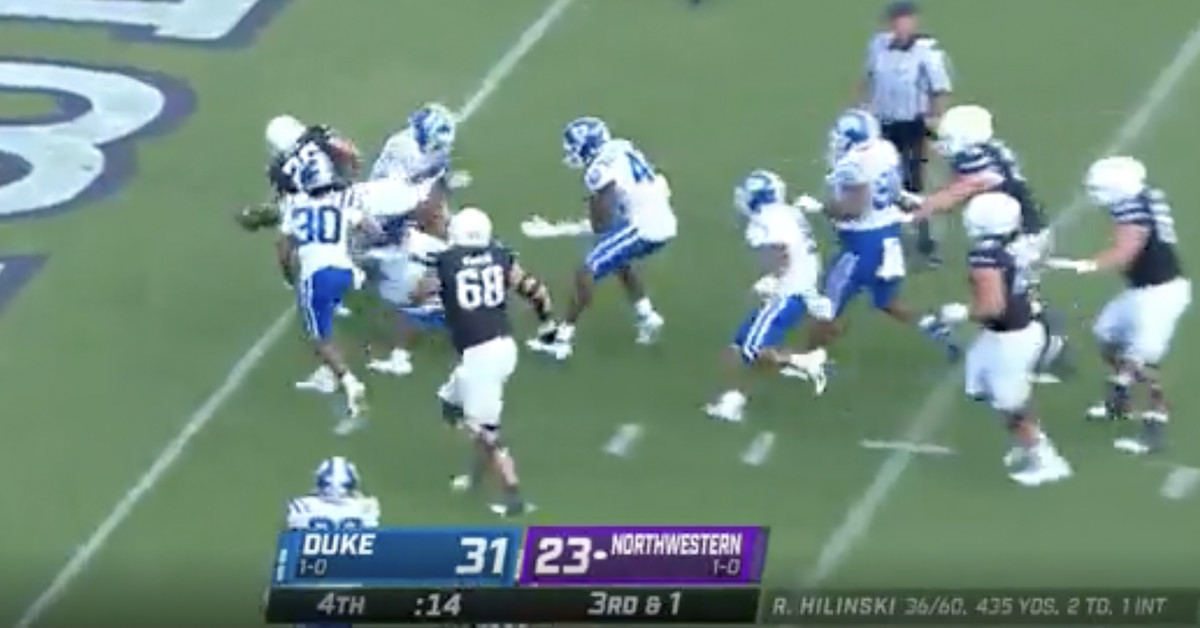 As a Northwestern alum (MSJ Medill School of Journalism ‘22), I’ve become to be accustomed to Northwestern losing football games in hilarious yet depressing ways.

This was true on Saturday, as the Wildcats lost to Duke in the final moments after star RB Evan Hull fumbled on the one yard line as he jumped to get into the endzone. The Wildcats drove the length of the field to try and tie the game, but of course it didn’t happen.

The worst part of this is that Hull had a fantastic game. The RB had 14 catches for 213 yards and a touchdown, in addition to 65 yards and a touchdown on the ground. He legitimately played excellent, but that play will haunt him. Northwestern was down 21-10 at halftime, yet almost came back and won.

I’m pretty sure Northwestern sold their soul to be a great journalism school, because this is exactly the type of game that makes you question the football gods. Losing to Duke for the third straight year is depressing enough, but losing like that makes it worse.