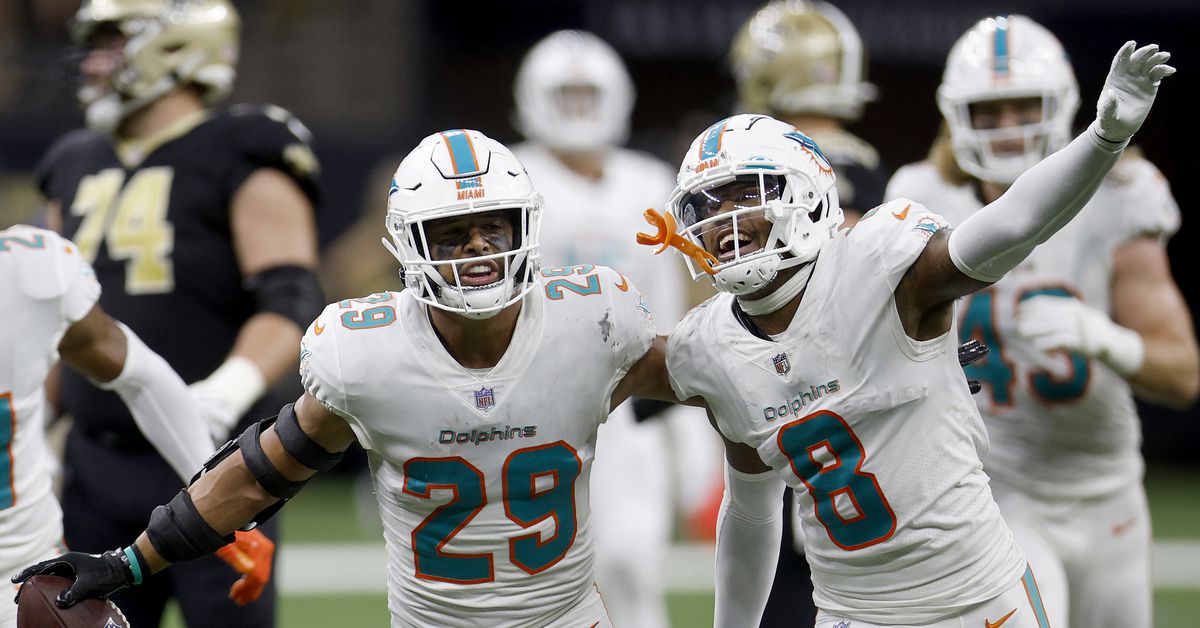 With two weeks left in the NFL regular season we’re finally sorting all this out … kind of. The NFC picture is more or less coming into shape, but true to form the AFC is still absolute madness. Every division has been unpredictable this season, and now in the final stretch it’s magnified to the point where everything could change in the final two weeks.

The biggest jump in recent weeks has been the Dolphins, who have elevated into a playoff spot after starting the season 1-7. The team’s seven game win streak has been incredible to watch, and as it stands the AFC East could get three teams in.

So let’s dive in.

It’s been a blast to see the Chiefs put this run together, and once again nobody is scarier than Kansas City. It’s unclear if anyone can stop Patrick Mahomes and the Chiefs’ offense, which could lead to another Super Bowl berth.

Beating the 49ers was a serious test or fortitude, but it’s difficult to see the Titans making the kind of run they should without Derrick Henry in the fold. This is a team benefitting from early wins and cruising to the playoffs, but having any kind of absolute faith in them is difficult.

What a difference a week makes. I didn’t think the young Bengals had what it took to make a playoff run this season because of their schedule, but beating the Ravens flipped their script. Now they should make it in to the postseason unless there’s a total collapse, and a few other weird changes in the AFC.

The win over New England this week catapults the Bills back atop the AFC East. With two gimme games left on the schedule this should be an easy way to close out the season for Buffalo.

The win over New England was huge for the Colts’ playoff chances. Now they find themselves with a tough remaining schedule, but decidedly better prospects than a week ago.

Back-to-back losses to the Colts and Bills has put a real damper on this team’s hopes and it’s got fans questioning Bill Belichick — as ridiculous as that is. It’s still a testament to the organization that they’ll likely make it into the playoffs, but the possibility of a run in the postseason feels less likely that it did a few weeks ago.

This is Miami’s first arrival in the picture, and I’d love to think it sticks, because this is fun — but the final two weeks are brutal. It will take stealing at least one of these games against an AFC playoff team, and that’s an iffy proposition.

Who can make it in from the bubble?

As it stands there are four teams that have a realistic shot of making a run:

That’s still a lot of movement that could happen, but looking at the schedule it’s the Steelers who might have the best shot to jump up now. With the Browns and Ravens left on the schedule, both teams they’ve beaten, there is an outside shot here — but the question is, would 9-7-1 be enough to get in?

This is an easy run into the NFC Playoffs for the Packers, who have two easy games to cement themselves as the top seed in the conference.

Dallas has been one of the best teams in the NFC all season, and that won’t change now.

I’m not saying these last two games are gimmes for the Rams, but based on how Baltimore and San Francisco are playing, it kind of is. This is a NFC West win waiting to happen, now we just let it play out.

The Cardinals have become the Titans of the NFC, a team struggling to assert itself down the stretch and looking like it’s out of gas. This is still a good team, but man … it’s not looking like the season this once appeared to be for Arizona.

This team is struggling to close out the season, but can still be dangerous. It’s all about just getting in at this point — whether that can happen or not remains to be seen.

The Eagles have been slowly becoming more dangerous each week and now find themselves in the playoff picture. It’s not an easy remaining final two games against NFC East rivals, but I think this can hold.

Who can make it in from the bubble?

In the NFC there are four teams who could theoretically get in.

I’m not seeing any of these teams getting in, if I’m being totally honest. I think they’ve run out of chances.