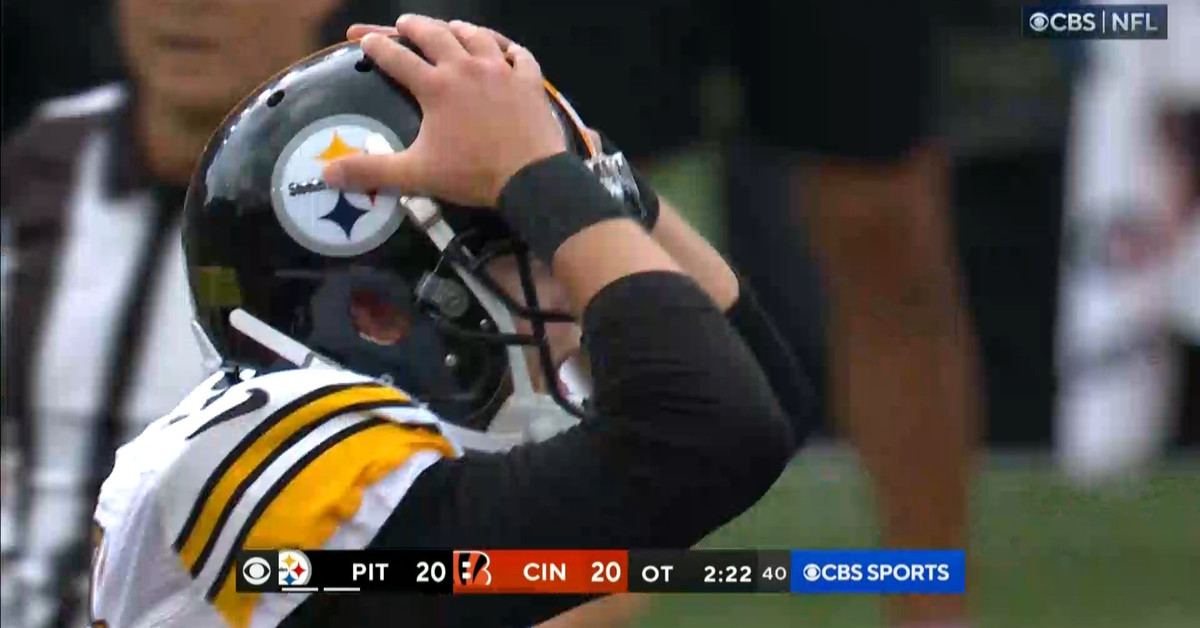 The NFL season got into full swing on Sunday, with almost every team putting on the pads and kicking off the season. The kickers seem to still be in the offseason, however.

The doinks were beautiful, loud and plentiful on Week 1. The Jaguars, Colts, Texans, Steelers and Bengals each had a kicker miss a field goal in the early window.

Now, not every kicker doink or miss is made equal. Some are complete whiffs, such as the Colts’ Rodrigo Blankenship and his potential game-winner in overtime:

The Bengals and Steelers both wanted to lose on Sunday, with both kickers missing potential game-winners in overtime. Normally clutch Evan McPherson hooked a 29 yarder in overtime that had no chance:

Then we have Chris Boswell. Boswell lined up for his first try at a long field goal attempt, and we got the most beautiful miss of the season:

This was no mere doink. This was a bonk. A thud. A clank. They heard that miss in Kentucky. Look at the curve on the ball. Sandy Koufax couldn’t have pitched a ball with better break. Luckily, Boswell made the game winner to make up for the first miss, nailing the game winner.

At least in the late window we have some steadiness at kicker, like Chiefs safety Justin Reid:

Justin Reid replaces an injured Harrison Butker and boots an XP. Then follows with a massive kickoff. Gotta love it.

For your viewing pleasure, enjoy every miss from the early window, and hug a kicker you know: