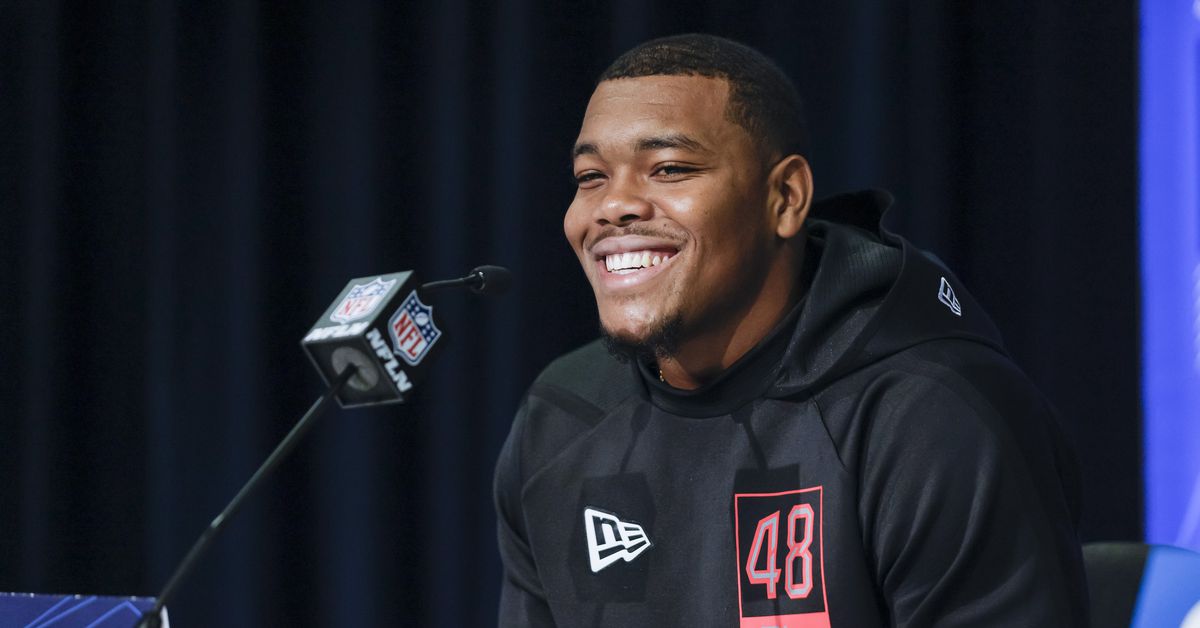 The 2022 NFL Draft is hours away, and nobody knows who the Jaguars are taking with the No. 1 overall pick except the Jaguars. Well, that might be a little presumptuous of me. After all, Trent Baalke is running the show in Jacksonville, and it wouldn’t surprise me if he doesn’t have a clue who he’s going to take yet.

Jokes aside, we do seem to have a pretty decent idea of whose name will be called first by the commissioner, even if we can only narrow that list down to 5 names. So let’s dive in and look at who’s in the running, and what the odds from the DraftKings Sportsbook are saying right now.

The ultra-athletic defensive end from Georgia is one of the most stunning players we’ve ever seen. You’re talking about a 272 pound man who ran a 4.51 at the combine, and who has agility scored rivaling most wide receivers.

The issue with Walker is that his ridiculous athletic talent didn’t translate to production on the field, but the Jaguars seem poised to take a big gamble on his high-end potential at the top of the draft.

Hutchinson had been the long-time lock to be the first player chosen, but that’s cooler with the realization Jacksonville is willing to take a risk. A low-ceiling, high-floor pass rusher, Hutchinson might not become a league-defining player like Walker could, but he’ll be a 10 year starter and make some Pro Bowls in the process.

Unquestionably the most well-rounded offensive tackle in this class, Ekwonu is a stellar talent getting lost a little in the discussion because of the pass rushers. It seems unlikely the Jaguars will go in this direction, especially after just re-signing left tackle Cam Robinson. Still, if the team wants to protect Trevor Lawrence, this remains an outside chance.

Neal was one of the first players being regularly mocked to the Jags, but sentiment on the Alabama offensive tackle has cooled dramatically in recent months. A lot of the same things apply to Neal as they do Ekwonu when it comes to why Jacksonville won’t take an offensive lineman, but in addition Neal is a riskier player who’s not as polished as Ekwonu.

Seen as a long shot out of the potential top picks, Thibodeaux is the most polarizing player in this draft. To some, he’s going to become an even more athletic Von Miller who will terrorize quarterbacks for years. Others think he’ll bust like Dante Fowler. There’s very little middle ground. Someone will fall in love, but he’s probably not right for No. 1 overall, not for the Jaguars.

Could anyone trade up to No. 1?

Alright, alright, I’ll expand a little. Simply put: There’s absolutely no reason to. We will see a lot of trades in the first round this year, but nobody is going to give up the assets it takes to get to No. 1 in a class that’s big on depth, and low in top-end talent. In addition, there’s no quarterback worth jumping up that high for — meaning Jacksonville will absolutely be making this pick on Thursday night.

As for whose name is called … that’s anyone’s guess.