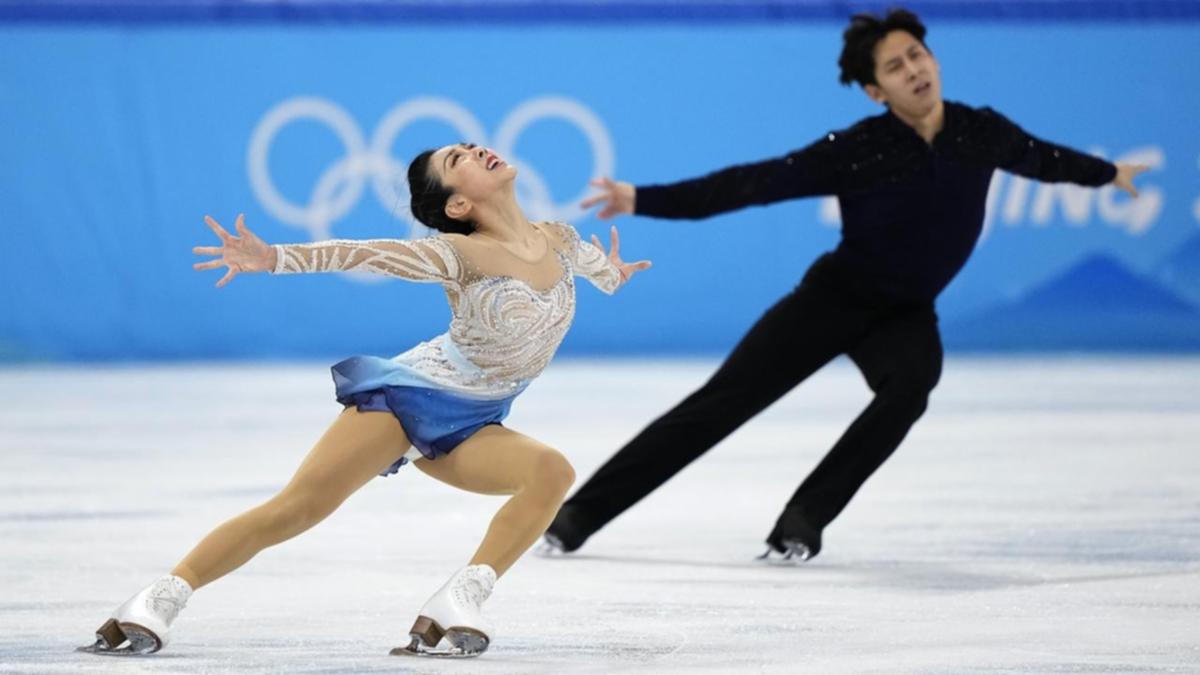 Chinese duo Sui Wenjing and Han Cong had to endure the most nervous moments of their lives before being confirmed as dramatic winners of the figure skating pairs at the Beijing Winter Olympics.

The home winners, who had lost the gold in the last Games at Pyeongchang by an agonisingly small margin, flipped the script on Saturday to eke out the narrowest of wins and provide a fairytale ending to the figure skating.

It was the victory all China had dreamed of seeing with Sui and Han having to respond to Evgenia Tarasova and Vladimir Morozov of the Russian Olympic Committee (ROC) in the battle for gold but eventually only triumphing by a nail-biting 239.88 to 239.25.

Tarasova and Morozov had trailed by just 0.16 points from Friday’s short programme and a season-best 155 in the free skate heaped the pressure on the home favourites.

But, dancing to Bridge Over Troubled Water, Sui and Han did just enough to become Olympic champions after being silver medallists at the 2018 Games.

A powerful quad twist lift started the winning programme, which included a throw triple flip in the second half but an error in the triple salchow – cut to a double because of an incomplete landing – caused the anxious wait.

Sui was in tears even as she embraced Han at the end of the skate but worry, nerves and tension would turn to joy moments later as their short programme world record proved to have been not in vain.

World champions Anastasia Mishina and Aleksandr Galliamov, aged just 20 and 22, took another ROC medal in bronze with a competitive 237.71 points.

Compatriots Aleksandra Boikova and Dmitrii Kozlovskii were attempting to move up from fourth and skated well but a minor error mid-programme ended any outside chance of snatching bronze.

They ended 17.21 points shy of the podium, top of the remaining 13 pairs who were well off the pace.

The ROC topped the figure skating medal table at the Games with a 2-3-1 record from five events.