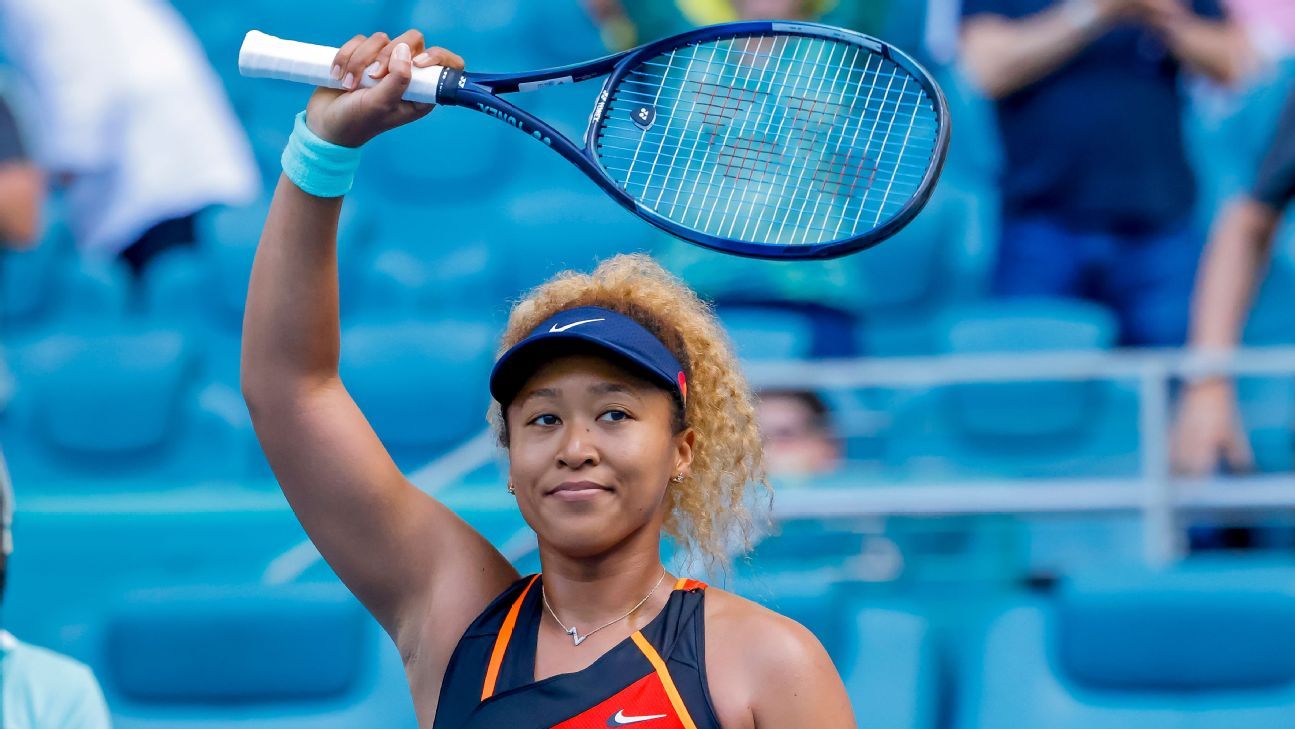 MADRID — Former No. 1 Naomi Osaka enters the clay-court season with the goal of not being too hard on herself.

Osaka, 24, made the final in Miami last month and will be playing as a wild-card entry when the Madrid Open begins on Thursday.

“I’m trying to embrace my mistakes compared to the previous years as well so I’m not that hard on myself,” she said Wednesday. “If I make a mistake or if I don’t move up to the ball fast enough — because I find on clay you actually have to move much more — but if I do stuff like that, I just tell myself not to be mad.”

Osaka, a four-time Grand Slam champion, withdrew from the French Open last year and took a break from competition after saying she “suffered long bouts of depression” and experienced “huge waves of anxiety” before speaking to the media. She has openly talked about working on her mental health since winning the 2018 US Open over Serena Williams. She left last year’s US Open in tears and was brought to tears again by a comment from a spectator at Indian Wells earlier this year.

“I’m still a student, so I should try to keep learning,” she said ahead of her debut in Madrid.

Osaka said she hoped to learn from some of the clay-court specialists who are playing in Madrid, including Rafael Nadal and the red-hot Carlos Alcaraz.

“I’ve been wanting to watch the really good clay-court players practice because I feel like I’m the type of person that learns really fast if I see it up close, and honestly it’s a bit of a waste to have all these really good professional tennis players and not watch them,” she said. “I’ve kind of wanted to see Alcaraz, so it’d be cool to watch everyone practice.”

Osaka said she “stole one of the things” that Nadal did and was practicing it, without elaborating.

“It’ll either go really good or really bad. There’s like no in between,” she said. “But I think as I’ve been doing it, it’s been going pretty well.”

Osaka took two weeks off after playing in Miami and said she “changed a couple of things” in her game to prepare for the clay season.

“I think you guys will be able to tell when I play. I don’t want to spoil the surprise,” she said. “I would say I did change a couple of things to suit myself more for clay.”

Osaka said she has set a goal of reaching the semifinals either in Madrid or in Rome.

“I’m trying to take it one tournament at a time,” she said. “Of course, winning matches and leading up into the French, I want to get to the semis of either here or Rome, hopefully win. But I’m going to set a little goal first.”

Osaka’s first match in Madrid will be against a qualifier. If she wins, her next opponent will be either French Open finalist Anastasia Pavlyuchenkova or Spain’s Sara Sorribes Tormo, who beat Osaka on clay at the Billie Jean Cup in 2020.