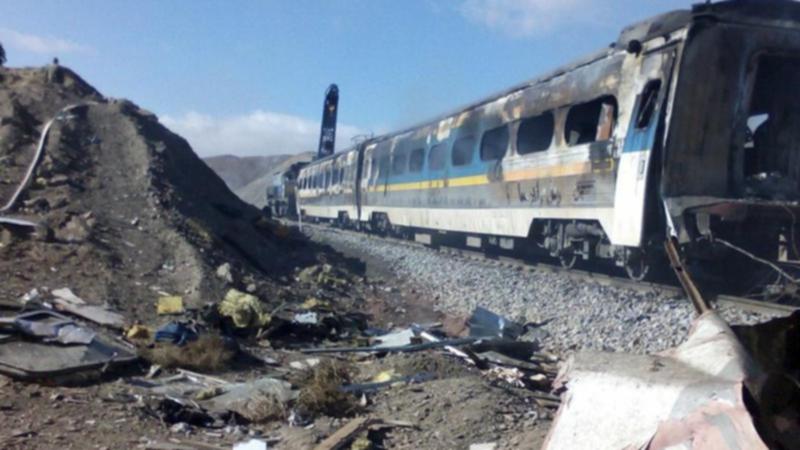 Four of the seven cars in the train derailed in the early morning darkness near the desert city of Tabas, the report said.

Rescue teams, including ambulances and three helicopters, were arriving in the remote area where communication is poor.

The derailment, about 550km southeast of the capital Tehran, came some 50 kilometres from Tabas, on a line linking the town with the central city of Yazd.

The crash is under investigation, with local reports saying the train collided with an excavator.

Another train crash in 2016 killed dozens and injured scores of people.

Iran also has one of the world’s worst traffic safety records, with some 17,000 annual deaths on its highways.