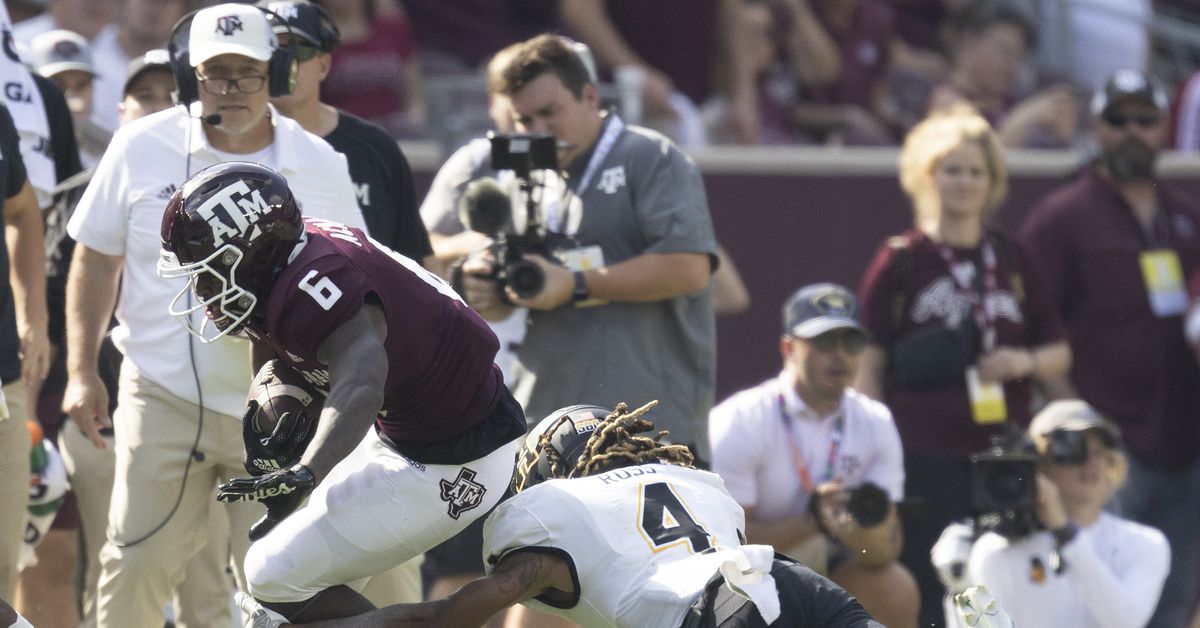 The battle between two teams that had high expectations entering the season takes place on Saturday, as No. 13 Miami Hurricanes travel to College Station to take on the No. 24 Texas A&M Aggies.

Neither teams looked impressive last week, with Miami struggling with Southern Mississippi in the first half before remembering they’re Miami and winning 30-7. Texas A&M lost to Appalachian State 17-14 and their offense only went past midfield twice.

The biggest key for both teams to win the game is on the offensive side of the ball. Can Texas A&M run an actual living, breathing offense? Can Miami get out of their slow starts? Will Jimbo Fisher ever run an offense that doesn’t require use of the One Piece Poneglyph?Find out Saturday on Dragonball Z!

Most eyes for Miami offensively will be on Tyler Van Dyke, the Hurricanes star QB. NFL Draft evaluators love his size and arm talent, but will be looking to see how he performs against an Aggie defense that is loaded with athletes, including potential first round pick at safety Antonio Johnson. Van Dyke will be without his star receiver Xavier Restrepo, who is out with a foot injury. Watch for Miami left tackle Zion Nelson as well, he’s looking to solidify his draft status as a toolsy offensive tackle with room to grow.

For Texas A&M, Haynes King remains QB—for now. His job is to try and create explosive plays for an Aggie offense that sorely needs it in the passing game. Freshman receiver Evan Stewart has a lot of talent, but needs the opportunities to show it. Devon Achane is a fun player who affects the game at both running back and in special teams, so he should get a lot of touches against a Miami defense who, again, hasn’t been tested this season.

This game has already become a pivotal turning point in both teams’ seasons, and there will definitely not be any overreactions.

Streaming: ESPN+ and any other streaming device