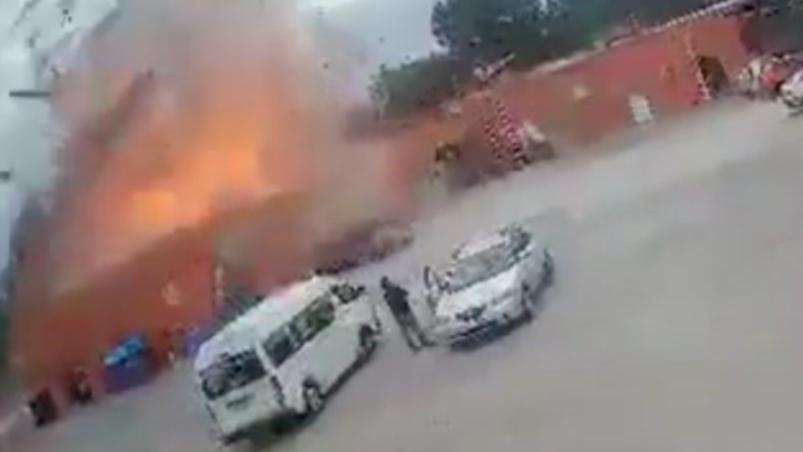 An explosion in Canberra has destroyed several stores and sent a man to hospital.

The explosion in Rae St, Belconnen unfolded about 7.30pm on Monday, with multiple premises gutted by fire.

Several other properties were also damaged by fire and smoke.

Firefighters attended the scene to extinguish blazes in several premises.

Paramedics also attended, taking one man to hospital for treatment.

The full extent of the damage is still being determined.

Several roads in the area were closed, and expected to remain closed into Tuesday morning.

ACT Policing said the cause of the fire is not known, and remains under investigation.

Police have already spoken to several witnesses, but anyone who witnessed the explosion who has not yet talked to police is asked to contact ACT Policing Operations on 131444, quoting reference number P2042617.