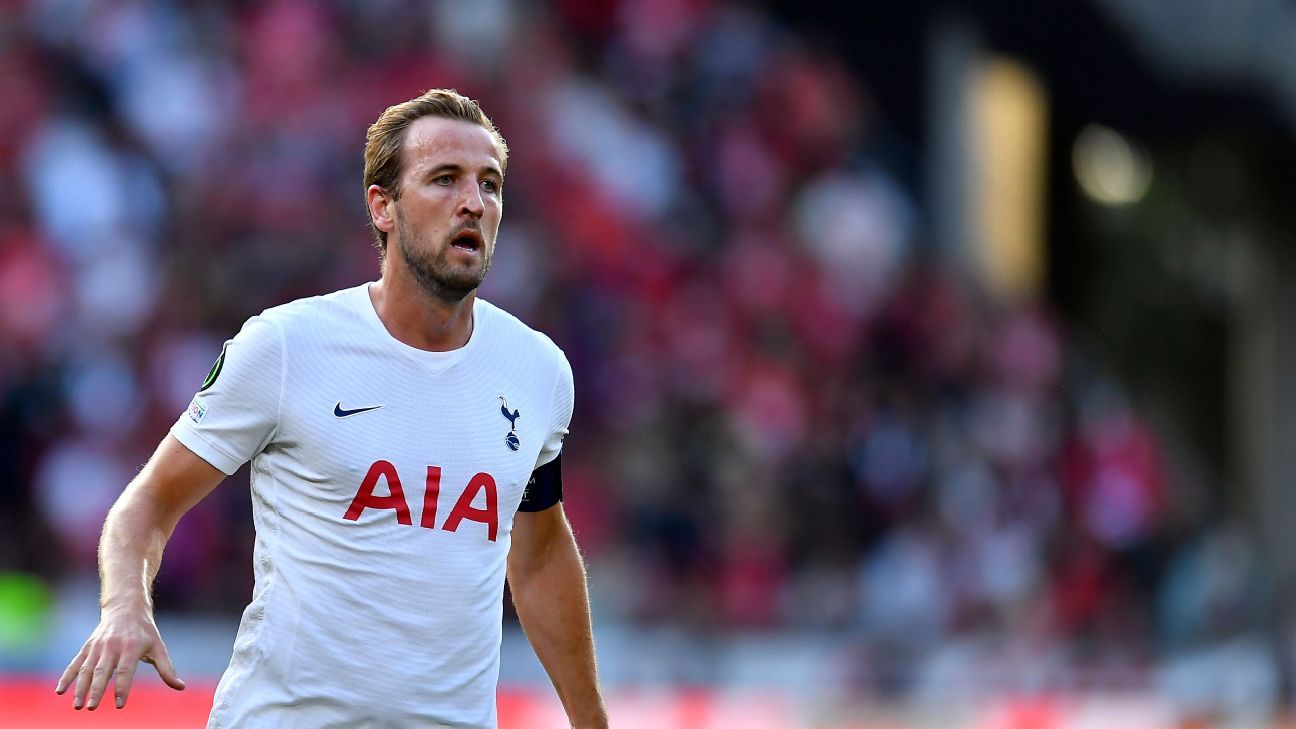 Pep Guardiola says he wasn’t disappointed Manchester City failed to sign Harry Kane in the summer, but admits he didn’t know how they would fare this season without a recognised striker.

City have racked up 98 goals without a traditional centre forward in the squad and opened up a nine-point lead at the top of the Premier League table.

But Guardiola, who faces Kane’s Tottenham Hotspur at the Etihad Stadium on Saturday, says defeats to Leicester City and Spurs to kick off the campaign in August left him concerned for City’s prospects.

“I never was, in my 11 or 12 years, disappointed in what the club cannot do in the transfer market,” Guardiola told a news conference on Friday. “I’ve never created a fire here because I represent the club and the club is always beyond myself by far.

“We tried [to sign Kane] but it was far away to be done because Tottenham was clear this is not going to happen. And when it happens two, three, four times, it’s over.

“Now you can say ‘Harry Kane didn’t come and everything is going well’ but at the time I didn’t know it. When we lost to Spurs and Leicester in the Community Shield. And I don’t know what will happen in the next few weeks.”

In the absence of an established No.9, Guardiola has used Phil Foden, Raheem Sterling and others as the centre-forward in his 4-3-3 system.

Sources have told ESPN that City are likely to try again to sign a striker in the summer — potentially Borussia Dortmund‘s Erling Haaland — but Guardiola says he is happy to adapt again if no one arrives.

“The club gave me these players, and I’m always delighted and now it’s what can we do together,” said Guardiola. “This is the point. Maybe if we had a proper striker we would play with a striker, but with the players we have we have to adapt.

“The club is beyond everyone and I know they do the best for me. The best. I know them; when we lose we are sad but nobody is pointing fingers saying ‘your fault, your fault, your fault.’ We don’t do that. I don’t feel they talk bad about me when we have bad results. That’s why I’m happy here. At other clubs when you lose it’s ‘what’s the problem?’

“The important thing is we are there to fight. Try to play better, no matter who plays. We will continue to do it.”