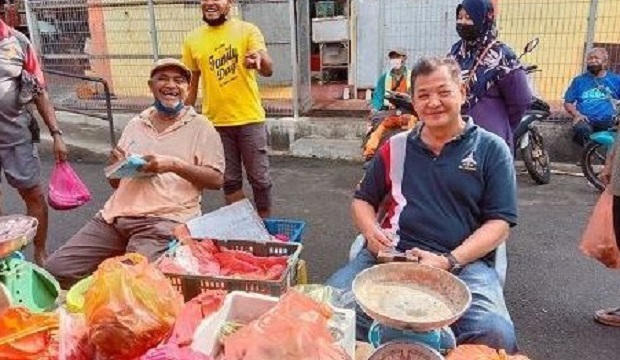 Former IGP: I was just visiting a friend’s stall KUALA LUMPUR: Tan Sri Abdul Hamid Bador has come forward to set the record straight after a photograph showing him “selling” vegetables went viral on social media. The former Inspector-General of Police said it was an old snapshot of him posing at his friend’s stall some time back. “I visited my good friend’s stall and a passer-by took the photo. My friend sells vegetables, meat and fish at his stall. He previously sold vegetables from my farm as well,” he said when contacted on Wednesday (June 8). Abdul Hamid downplayed the image and said he was enjoying retirement. “I have experience selling vegetables from my farm at markets in Seremban, as well as mini-markets in Seremban, Rembau and Kajang. It is nothing to be ashamed of. It’s all halal so I might as well admit it,” he added. On Sunday (June 5), Twitter user Mohamad Yusof Yahya uploaded the photo showing Abdul Hamid with a notebook and pen at a stall selling vegetables. Yusof praised the former top cop’s humility and bravery for selling vegetables in the market. “Would others be as brave? He is not ashamed at all. Salute to […]