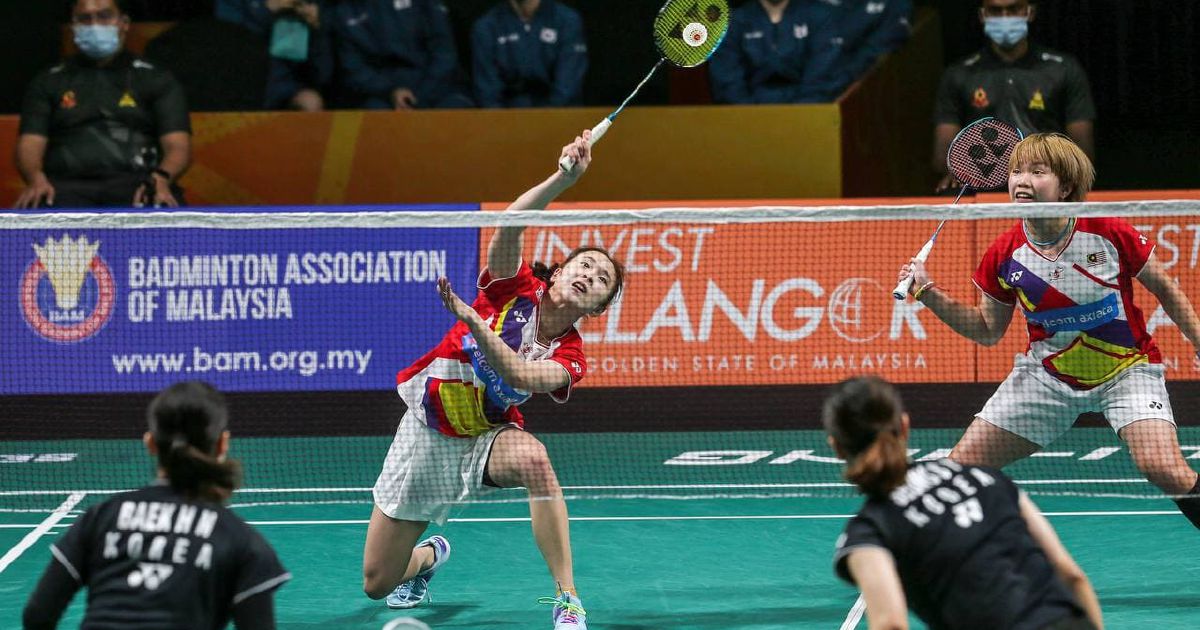 KUALA LUMPUR: The young Malaysian women’s team bowed out in the semi-finals of the Badminton Asia Team Championships (BATC) today.

The team put on a courageous showing, but the lack of experience was apparent as they went down 3-0 to South Korea at the Setia City Convention Centre, Shah Alam.

The Koreans surged into the lead after Sim Yujin held off national No 1 S. Kisona 21-16, 21-17 in the first singles match.

The scratch pair of Pearly Tan and Valeree Siow were then unable to repeat their heroics from their last two matches as they went down 21-15, 21-14 to Baek Ha Na-Seong Seung Yeon.

“It was tough for us because our opponents were consistent while we made silly mistakes,” admitted Pearly.

“Ha Na is also a much more experienced player having played in many world-level tournaments, so that made a difference today.”

That left Malaysia looking towards 17-year-old Siti Nurshuhaini Azman to keep them alive in the second singles.

Despite the exit, the Malaysian women can still hold their heads high after meeting expectations by reaching the semi-finals.

It is the second straight semi-final appearance for Malaysia.

And finishing in the top four also meant that Malaysia qualified for the Uber Cup Finals in Bangkok in May.