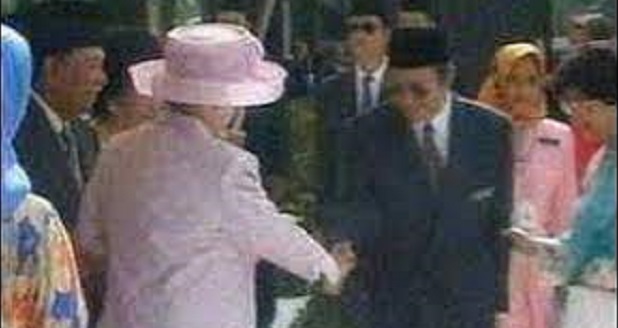 When Malaya was agog over Queen Elizabeth’s coronation

Queen Elizabeth II’s platinum jubilee celebration was held over four days from June 2 in the United Kingdom, and it was also celebrated elsewhere in the Commonwealth of Nations.

In Malaysia, the British High Commission in Kuala Lumpur said, several events were and would be held to celebrate the queen’s 70-year reign and service. This includes a dinner organised by Rotary Malaysia District 3300 to light the platinum jubilee beacon – one of more than 2,800 beacons to be lit across the world – a garden party involving staff and families of the Five Power Defence Arrangement member nations, the planting of a tree at the High Commissioner’s residence and an official reception hosted by the British High Commission.

Queen Elizabeth II visited Malaysia three times – in 1972, 1989 and 1998. In 1972, she was here as part of a tour of several countries in the region, in 1989, she was in Langkawi for the Commonwealth Heads of Government Meeting, and in 1998, she was in Kuala Lumpur for the closing of the XVI Commonwealth Games.

I’m sure some ordinary Malaysians would have written letters to her in the past. I’m told the Taiping King Edward VII School Old Boys Association (KE7 OBA) has just sent a letter congratulating her on her platinum jubilee.

The KE7 OBA, in fact, received a reply from Queen Elizabeth in January 2008 to their letter of congratulations on the diamond wedding anniversary of the queen and Prince Philip.

I know of a few oldtimers, including my 95-year-old mother, who feel some nostalgia when talking about Queen Elizabeth II.

It’s not so much that she is head of the Commonwealth or that they have forgotten how the British exploited the then Malaya and other countries that they colonised.

It is a sign of their respect and esteem for Queen Elizabeth II for holding herself with dignity over the decades despite various problems that rocked British royalty. While some members of the British royal household have been the subject of accusations, controversy and gossip, the queen has remained regal.

The more important reason, I believe, is that these oldtimers have grown up reading or hearing about her throughout their lives and, like them, she is still around. She has, therefore, become one of them; a significant somebody who is in their age group or a decade or two older than them. Oldtimers given to nostalgia have some form of invisible bonding with her even if they have not met her.

I think the queen understands that the platinum jubilee celebration will evoke nostalgia, for, in a written jubilee message, she said: “I know that many happy memories will be created at these festive occasions.” She added: “I continue to be inspired by the goodwill shown to me, and hope that the coming days will provide an opportunity to reflect on all that has been achieved during the last 70 years, as we look to the future with confidence and enthusiasm.”

In 1953 Malaya, the coronation was celebrated in grand style for almost a week with many towns and villages competing to show they were better than the other. Arches were built on main roads and at entrances of small towns; town fields were full of activities, including with the staging of wayang and sports activities; and buildings were decorated gaily and lit up at night.

Singing competitions and exhibitions, including agricultural shows, were held in many towns, and cinema operators screened free movies. There were joget and keronchong parties galore. Today’s generation, however, may not remember the joget and the keronchong which were popular until the late 1960s.

Processions and parades were held in almost every town. Among the highlights were a water pageant at the Kuala Lumpur Lake Gardens, a Chingay procession in Penang and another water pageant in the Taiping Lake Gardens.

The various communities held prayers at their houses of worship. For instance, Indian Muslims in Kuala Lumpur held special prayers at the Malay Street mosque while Sikhs in Ipoh held a marathon reading of their holy book over four days.

They prayed that Queen Elizabeth II would have a long life and that there would be peace and prosperity during her reign. Looking at her age, it looks like those prayers may have helped.

According to reports, most Muslim homes in Kuala Lumpur were lighted up with oil lamps for the duration of the celebration from dusk till dawn.

In many places, one could find boards erected with painted crowns and painted signs bearing the words “Long May She Reign” and “God Save the Queen”.

As I think about the way Malayans celebrated the event – with many of the activities being organised by non-government groups and individuals -several questions arise.

To many young Malaysians, all this may sound as if it happened in the remote past. No, it was not that long ago. Those aged above 65 would have lived under British rule and would be able to tell many tales about life then and now.

Over the years, as a journalist, I have met many senior citizens and they have always told me that although the British did come to Malaya to exploit its people and resources, the streets were safer and the civil service more efficient during the British administration.

This was the case, they said, even after the British left – but only until the 1970s. They also said politicians and government officials had high integrity and were largely honest up until the 1980s.

Coming back to the coronation, something that the newly crowned queen said in her speech on June 2, 1953, is still applicable today.

Queen Elizabeth II said: “Parliamentary institutions, with their free speech and respect for the rights of minorities, and the inspiration of a broad tolerance in thought and its expression – all this we conceive to be a precious part of our way of life and outlook.

“I ask you now to cherish them, and practice them too. Then we can go forward together in peace, seeking justice and freedom for all men.”