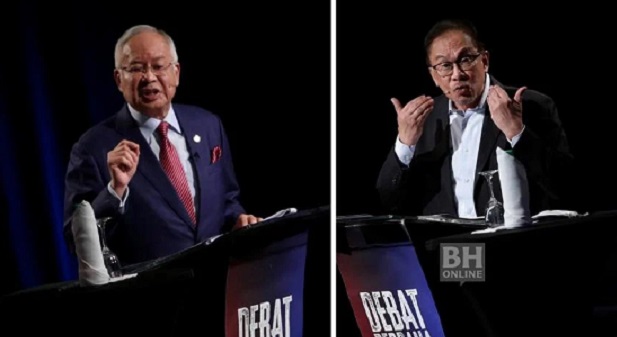 In his retort, Nazri said he was not afraid of an early GE15 as he knew it would be easier for him to retain his Padang Rengas parliamentary seat, which he has held since 2004.

He told FMT that Nur Jazlan’s criticisms were “illogical” and that he did not want to stoop as low as the former Pulai MP.

“He says I don’t want GE15 to be held earlier because I’m afraid. In GE14, Umno was at its lowest (in prestige) in the eyes of the people, but I dared to defend my seat and I won with an even bigger majority.

Nazri maintained that he wanted GE15 to be put off until Parliament’s current term expired next year in view of the rising cost of living faced by Malaysians.

Pointing out that it would cost nearly RM1 billion to hold the next general election, he said these funds would be better off spent on helping the people tide over the tough times.

The Johor Umno leader described the trio as “cowards” who just wanted to safeguard their seats and questioned if they were afraid of defeat and losing their salaries as MPs in GE15.

PETALING JAYA: A Penang PKR assemblyman has asked DAP secretary-general Loke Siew Fook to “let it go” over his back-and-forth with Prime Minister Ismail Sabri Yaakob on whether the next general election (GE15) will be held soon.

In a statement, Kebun Bunga assemblyman Jason Ong said Loke should realise that Ismail will try to hold on to his position as prime minister for as long as he can.

“It does not matter what he says to Umno as, ultimately, it is the prime minister who will advise the King on the date of the dissolution of Parliament.

“Everything hinges on that decision to advise the King — without which, the Parliament will just continue as it is, with or without the memorandum of understanding (MoU).

“To not be shaken by an early or later election, Pakatan Harapan component parties should always be ready rather than debating when the election should be held.

“For that, let’s just leave the decision to the prime minister, the Cabinet and the King,” he said.

Ong added that PKR would always be ready for GE15, whether it was held in the next few months or 2023.

On June 2, Loke slammed Ismail for his “inconsistent” stance on whether GE15 will be held soon.

Loke noted that Ismail had been quoted by Nikkei Asia on May 31 as saying that GE15 would not be held soon, but on June 1 had told the Barisan Nasional convention that he would not “delay dissolving Parliament for even one second” once he felt BN was ready.

Nonetheless, Ong questioned the benefits of holding an early election amid the rising food prices and declining ringgit, particularly since Ismail had PH’s support until the end of his term.

He added that there was no need for an extension to the ongoing MoU since PH and the current government would be agreeable to a later general election.