PKR lawmakers said they are ready to face challenges posed by Gerak Independent candidates in their constituencies in the next general election.

The MPs told The Malaysian Insight that they cannot stop anyone from exercising their democratic right to contest in the election, including independents and other traditional political parties.

These incumbents said they will leave it to the voters to choose the party and candidate they want to represent them.

Last week, Gerak Independent, a joint initiative promoting independent candidates for the general election, announced it will be contesting in six parliamentary seats currently held by Pakatan Harapan in GE15. 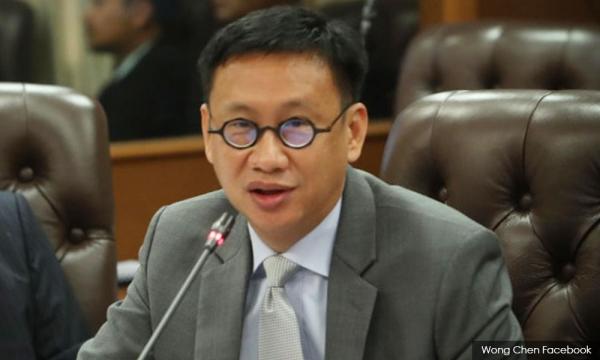 Wangsa Maju lawmaker Tan Yee Kew, a veteran rep, said anyone is free to contest in her constituency.

“This is a natural occurrence as more parties are coming in to contest (for seats in GE15). Not, only here, but all over the country.

“There is now Warisan from Sabah and the four-month-old party Muda, so we expect a lot more challenges coming (to contest).”

In the 2018 general election, Tan moved from Klang to Wangsa Maju, and defeated MCA candidate Yew Teong Look with a 24,238-vote majority.

Tan had joined PKR from MCA in 2008. She had previously served as a three-term Klang MP from 1995 and was appointed International Trade and Industry Ministry parliamentary secretary after the 2004 general election. 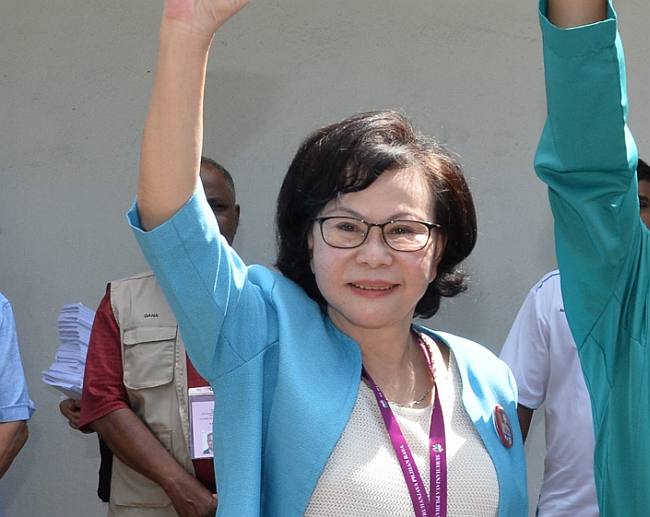 As for defending her seat, Tan said she would make an announcement when the time is right.

“It is a democratic country so everyone is free to fight (contest). But, we (PKR) will defend our seat. That’s for sure.”

Tan also questioned why independent parties are looking to contest in opposition seats when they could be focusing on other seats.

“But, again, we will let the voters decide which party and candidate they will support.”

Batu’s first-time lawmaker P. Prabakaran said he is prepared for all challenges the 15th general election will pose.

“I have always been prepared but it also depends on my party.

In 2018, Prabakaran, at the age of 22, was the youngest parliamentarian ever elected in Malaysia. He stood as an independent to win the seat after Batu incumbent Chua Tian Chang was disqualified from contesting. He later joined PKR.

He won the seat in a four-cornered fight with a majority of 24,438 votes over his main rival from Barisan Nasional, Dominic Lau Hoe Chai.

Prabakaran said that he believes in freedom of democracy, and that anyone can contest in GE15.

“Here in Batu we welcome anyone to contest, not only Siti (Zabedah) Kasim, as long as they are people oriented and not coming on their personal agenda.

“We will also contest, but we can’t stop them from contesting.”

He said since being elected, he has spearheaded major changes such as providing free bus services and introducing infrastructure changes, welfare and empowerment programmes.

“We (PKR Batu) are always working with the local resident associations and civil society groups, especially during the floods and Covid-19 pandemic.

“We also have our key performance index and we are doing our job. However, we will try to defend our seat from whoever (contests it).”

Petaling Jaya lawmaker Maria Chin Abdullah, another first-timer, also agreed that in a democratic system, anyone is welcome to contest in GE15.

“At the end of the day, it is the voters who will have to decide. They had decided in 2018 (14th general election), so we leave it up to the voters to decide (who they want). We are elected by them.”

She rose to prominence in her role as an activist and in leading polls reform group Bersih.

Maria said that she wants to defend her seat, but will leave it to her party to decide on the matter.

“If the party asks me to stand in Petaling Jaya, then why not, but it’s the party’s decision.”  TMI

PKR will back Muda if no clashes, says Anwar

“If Muda follows the spirit of the (PH) manifesto and finalises the negotiations, I have no issues with helping Muda candidates win,” said the PKR president during the launch of the party’s machinery for the Johor polls in Pulai tonight.“We will wait for their response and we hope it’s a positive one.”

Although the PH chairman did not elaborate, it is believed that he is referring to Muda president Syed Saddiq Syed Abdul Rahman’s veiled threat to contest against PKR in some seats.

On Friday, Syed Saddiq said the PKR-Muda talks had fallen through and that the party was considering its next course of action.

Although Muda has obtained six seats from DAP and Amanah, it has failed to reach a consensus with PKR.

Muda is said to want to contest the Larkin, Bukit Gambir and Kempas seats while PKR is only prepared to give seats such as Semarang and Sri Medan.

Meanwhile, Anwar played down suggestions that there is a rift with DAP and Amanah over the reform party’s decision to use the PKR logo instead of the PH symbol in the Johor elections.

“The use of PKR logo does not jeopardise our relationship with DAP and Amanah,” he said.

“Incidentally, this is the first time that we have completed seat negotiations so quickly. This means that we have a good relationship with DAP and Amanah although we plan to use our own logo.”

PKR is believed to want to use its own logo as it fears the negative perception that is linked to the PH federal government before it collapsed.

And to some extent, Anwar confirmed it tonight when he said that while PH had some successes, there were also mistakes.

“There are some questions that we will not be able to answer convincingly,” said the opposition leader.

But he reiterated that it is crucial for PKR to maintain its relationship with DAP and Amanah if it wants to defeat Barisan Nasional again.

The Election Commission has set the polling date for March 12 and early voting on March 8. Nomination is on February 26.  TMI