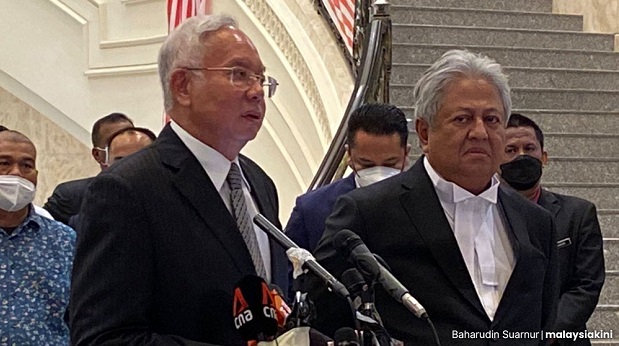 Be open to power-sharing after GE15, Zaid tells Umno

PETALING JAYA: Former law minister Zaid Ibrahim has called on Umno to be open to collaboration and even sharing power with other political parties after the next general election.

He said Umno must change if it wanted to do well at the elections, including being open to collaborating with parties outside the Barisan Nasional stable.

“I would prefer (this collaboration to be forged) after the election. Let’s do it with those who harbour the same ideals, for example in areas concerning the economy, education and health,” said Zaid in an interview with FMT.

“We can discuss this… and if we need to enter a power-sharing arrangement with other parties, then where is the harm in that? We can sit together in government. That would show the rakyat our maturity and sincerity, and give confidence to foreign investors,” he added.

The man who is consistently inconsistent. Just can’t remember how many times he has hopped? 🫢🫢 https://t.co/EEiC6lTfXj

Zaid also urged DAP leaders to shed all comments laced with prejudice towards Umno, saying that “such chatter can only hurt Malaysia” and that such talk “suggests that all Malays are corrupt”.

He said Malay people would consider such statements inflammatory.

Umno members had held up slogans such as “No Anwar, No DAP” at the party’s general assembly in March after party president Ahmad Zahid Hamidi rejected any collaboration with PKR and DAP.

However, several other Umno leaders said such a position was irrelevant in the light of the political agreement between prime minister Ismail Sabri Yaakob and Pakatan Harapan leaders last September. Ismail is an Umno vice-president.

In July, Ismail said the agreement would not be extended and that the general election could be called at any time.

Zaid, who was readmitted to Umno recently, urged the party to adopt a new approach to win over the hearts of the rakyat at the general election.

“To me, Umno, too, must change if it wants to do well at the general election. One of the reasons we lost was because we were too slow to bring change. We were deaf to the aspirations of the rakyat and were too comfortable with old narratives.” he said.

Zaid called on all political parties to give priority to strengthening the nation.

“If we can work together to build a strong and stable government, we will be able to put together policies beneficial to the rakyat. Why should we continue to speak in the same way as we did at Merdeka – my rights, your rights; my language, your language; my religion, your religion?”

“Can we not move on to a new narrative which strengthens this nation?” he said.

Zaid called for peace and unity to be jealously guarded.

“This nation cannot progress without a consensus – without every race uniting to find the road to goodness. (To achieve that) we must take on board all important points of view,” he said.