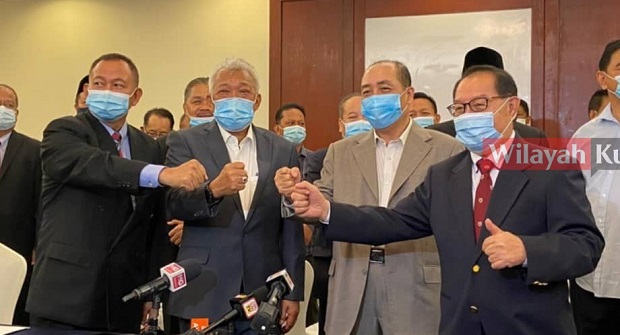 KOTA BELUD: Sabah Umno has rejected the possibility of the state legislative assembly being dissolved for the 15th general election (GE15).

State party chief Bung Moktar Radin said, however, that while a dissolution was highly unlikely, preparations were still being made, Sinar Harian reported.

“There is no possibility (of a dissolution). But in politics, anything can happen, so our preparations are comprehensive.

“We have mobilised the election machinery and as an experienced party, we are ready for anything,” he was quoted as saying.

He was responding to reporters who asked whether Barisan Nasional (BN) was making preparations in the event the state assembly was dissolved for GE15.

Bung, who is also Sabah BN chairman, was at Kota Belud, Sabah to inaugurate the Program Gelombang Biru and launching of the BN election machinery for Kota Belud and Tuaran at the Dewan Masyarakat Tun Said here yesterday.

Also present was Umno Supreme Council member Abdul Rahman Dahlan who confirmed Bung’s statement, saying there was no need for the state assembly to be dissolved.

“In GE15, there is no need to dissolve the state assembly. The only thing taking place will be the general election for parliamentary seats,” he said.