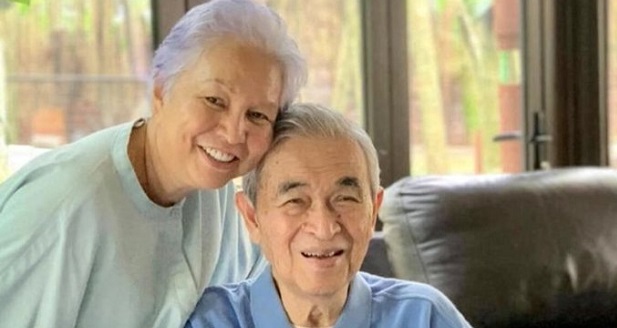 The announcement came after the Health Minister revealed that his father-in-law, Tun Abdullah Ahmad Badawi, fondly known as Pak Lah, who is also Malaysia’s fifth prime minister, suffers from dementia.

“It has been challenging for us to see the deterioration in his cognitive function.

“Some people are aware but many are not. The family has decided to openly share this to shine a light on dementia and cognitive impairment.

“This is also why he is no longer seen in public,” he said in a series of tweets on Sunday (Sep 11).

Our hearts go out with Pak Lah who is suffering from dimentia now. Let us pray for his speedy recovery. 🫶🏼🫶🏼 pic.twitter.com/f5udugDDjz

Khairy noted that the family was, however, fortunate to be able to provide professional care.

“Many others are not able to do so. It’s important for us to invest in social care to support families who have loved ones that require constant care.”

He then said that the ministry would make a strong case for more investment in publicly funded social care to look after people who do not have the means to do so.

“As part of strengthening community-based care under the Health White Paper #HWP, @KKMPutrajaya will be making a strong case for more investment in publicly funded social care to look after people who do not have the means to do so privately,” he said.

Earlier on Sunday (Sept 11), Khairy shared in his speech at the launch of the Malaysian Conference of Psychological Medicine and Clinical Practice Guidelines on Management of Dementia and Schizophrenia that dementia had left Abdullah not remembering his family members any more.

He said that the former premier, who is 83, began showing signs of cognitive impairment shortly after retiring from politics in 2009 and has since progressively worsened.

Reiterating that care management was the most challenging for a dementia patient, he said he witnessed how his mother-in-law, Tun Jeanne Abdullah went through the hard times in providing care, as dementia patients need thorough care round-the-clock.

Saying there had been “more bad days than good,” Khairy asked for prayers for Abdullah and said the family hoped for better days ahead.