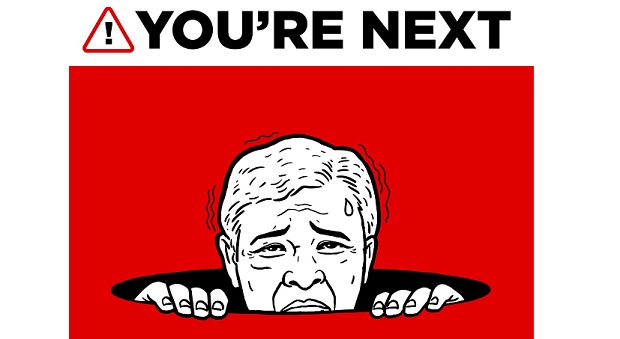 WHO will get his way in the dissolution of Parliament: Umno president Datuk Seri Dr Ahmad Zahid Hamidi or Prime Minister Datuk Seri Ismail Sabri Yaakob?

Ahmad Zahid wants the 15th General Election (GE15) held as soon as possible. He wanted it months ago, actually.

Perhaps because he has a legal deadline: there’s a possibility of a guilty verdict if he loses one of his cases in the 87 criminal charges he’s facing.

If the Bagan Datok MP is found guilty, he might be forced to vacate his Umno president post – which would mean losing the power to control the party, of course.

Specifically, he wouldn’t be the one to sign the watikah (endorsement letter) for Umno politicians standing as candidates in GE15. As president, he could stack his loyalists as potential MPs to strengthen his bid to become prime minister if Barisan Nasional wins big in the elections.

Most politicians in Ahmad Zahid’s shoes would want to force an election soonest.

On the other hand, Umno vice-president Ismail Sabri does not want his tenure as Prime Minister to be cut short with an inconvenient snap poll. His full term is till July 2023.

The Prime Minister has also stated that getting the timing of the election right is vital to ensure that Barisan wins big. He listed rising inflation in Malaysia and the littoral combat ship (LCS) scandal as factors to consider in choosing a date to ask for the King’s consent to dissolve Parliament.

Who else does not want a quick election?

The Pakatan Harapan and Perikatan Nasional coalitions have publicly stated that they only want it next year. They are not ready for GE15.

According to an Umno insider, the coalition likely to win the most seats in GE15 is Barisan.

“Even at its worst performance, when it lost the Federal government [in 2018’s GE14], Barisan got 79 votes. It can’t do less than that. And with Barisan winning most of the by-elections after GE14 and the Melaka and Johor state polls, the coalition is winning back the voters,” he said.

“Pakatan and Perikatan will inevitably not win enough seats to form the government. They are hoping that with GE15 delayed, there will be a miracle and something bad will happen to Umno,” he said.

And that is actually possible if the Ahmad Zahid vs Ismail Sabri tussle leads to Umno splitting.

How far is Ahmad Zahid prepared to go to use his power to force the Prime Minister to dissolve Parliament? How far will Ismail Sabri go to resist pressure from Ahmad Zahid?

Umno insiders who are pro- Ahmad Zahid told me that the window for their president to force a dissolution is between now and Oct 10, which is three days after Budget 2023 is tabled in Parliament). After that, GE15 might not be called because of the expected flooding in the country.

By late this year or early next year, the verdict of one of Ahmad Zahid’s cases might be decided.

What will the Umno president do if his threshold for dissolution is crossed? He has several options – if he dares use them.

He could get six Umno MPs to declare that they have withdrawn support for the Prime Minister, who, arguably, has 116 MPs supporting him. There are 220 MPs, so a simple majority is 111.

If this happens, it would be a repeat of how Tan Sri Muhyiddin Yassin was ousted as Prime Minister in August 2021, when 11 Umno MPs withdrew support for his Perikatan government.

The date to watch is Sept 17, when the Umno supreme council members are meeting.

Another date is a few days after that meeting. The Prime Minister is expected to fly to New York City on Sept 21 to attend the United Nations General Assembly (Sep13-27). For some of his opponents in Umno, this would be a perfect time for a political surprise.

“To be a leader, what is important is to be bijak (smart) and berani (brave). If bijak but not berani – as in, afraid to use Umno presidential power – it is for Ahmad Zahid to answer,” the Umno insider told me.

Umno, he said, is the most powerful party in Malaysia. But its president might not know how to use his power or be too reluctant to use it, unlike Tun Dr Mahathir Mohamad.