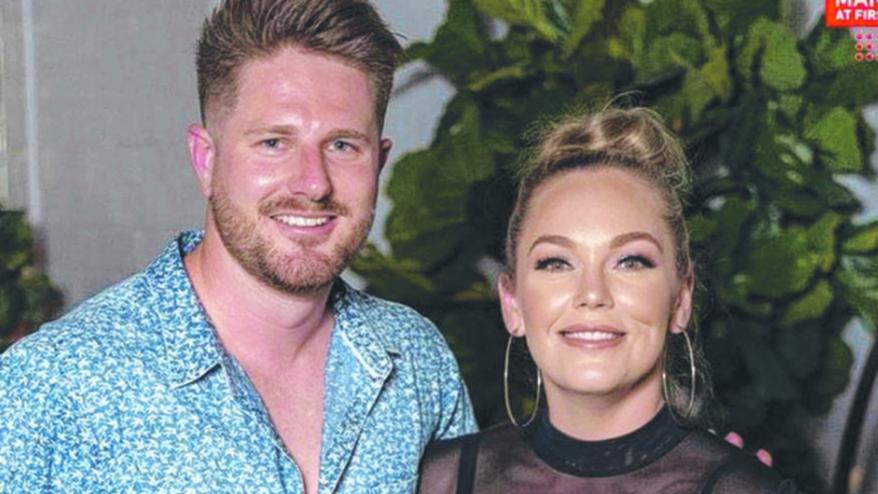 They are juggling two youngsters but one of Married at First Sight’s most controversial pairings may already have its sights on an X-rated money-making scheme.

Bryce Ruthven revealed he and fiancée Melissa Rawson, who welcomed twins Levi and Tate in October, had been asked a “ridiculous amount of times” if they’re following fellow MAFS cast members by joining OnlyFans.

And Ruthven, 33, did little to rule out talk the couple could one day join the adult subscription platform.

“Short answer. You never know with Liss. She is on maternity leave,” he said during a Q&A.

He added: “Asking for a mate. What’s the going rate these days?”

The couple, who met on season eight of the reality series, is set to tie the knot for real in the summer of 2023.

Despite their role in the public eye, they have already shut down the notion they could televise their wedding.

“I do not want a formal, televised sit-down dinner. You know, media everywhere… no,” Rawson said previously.

“I just want to marry the man that I love with my nearest and dearest and have a huge party.”

The 2022 series of MAFS premiered to its lowest ratings in years, despite an avalanche of promotions during the Australian Open.

Ratings show MAFS brought in an average of 869,000 viewers – the lowest audience to tune into a season premiere in four years.

Perth TikTok star and beauty guru Janelle Han has been tipped to join the hopefuls looking for love on the experiment’s next season.