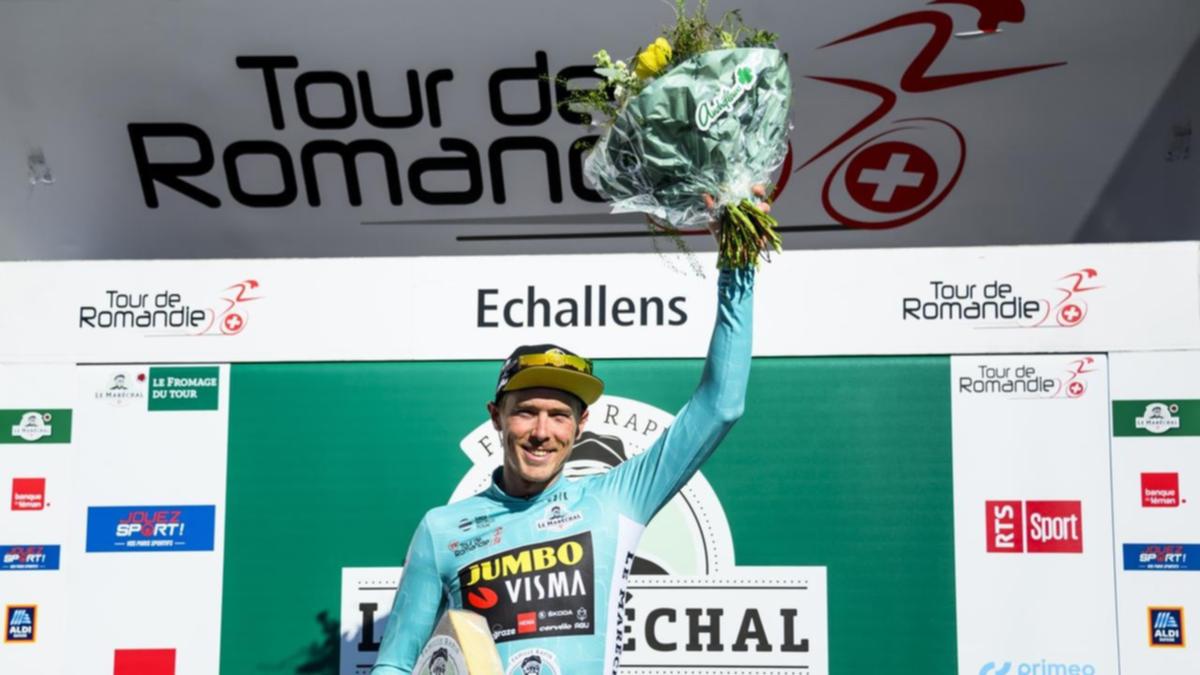 Rohan Dennis has maintained his lead at the half-way stage of the Tour de Romandie and hasn’t ruled out his chances of still being in the leader’s green jersey at the end.

The Australian time trial star came home safely with the main bunch in Thursday’s second stage of the mountainous Swiss race, finishing 16th to lead the general classification by 14 seconds after three days of racing.

Britain’s Ethan Hayter, who took the race prologue on Tuesday but crashed on Wednesday, earned his second victory in three days by taking the bunch sprint in the 168.2km stage around Echallens.

But the 31-year-old rider, backed by the powerful Dutch Jumbo-Visma team, sounds as if he’s still got a fighting chance of earning his fifth overall stage race triumph with an eye on Sunday’s finale – a demanding uphill time trial in which he can take a chunk of time out of his rivals.

“GC-wise we’ll have to see what happens on Saturday,” said Dennis, when asked before Thursday’s stage about his chances of overall victory.

“Sunday is obviously a time trial which is flat and uphill and can still play in my hands. But Saturday is a big test for someone of my size,” he conceded, pondering the stage from Aigle to Zinal, which features over 4,000 metres of ascents and will suit the pure climbers.

Dennis’ in-form compatriot Ben O’Connor (AG2R Citroen) continues to look a real threat for the leader’s green jersey too as he finished eighth on Thursday and lies 13th overall, just 24 seconds off the lead.

Their hopes for overall victory have also been given a boost by defending champion Geraint Thomas receiving a 20-second penalty for breaking race rules by taking a water bottle inside the final 20 kilometres of Wednesday’s stage.

The punishment has left the 2018 Tour de France winner Thomas 34 seconds behind Dennis, with Austrian Felix Grosschartner (Bora-Hansgrohe) currently the Aussie’s closest challenger at 14 seconds down.