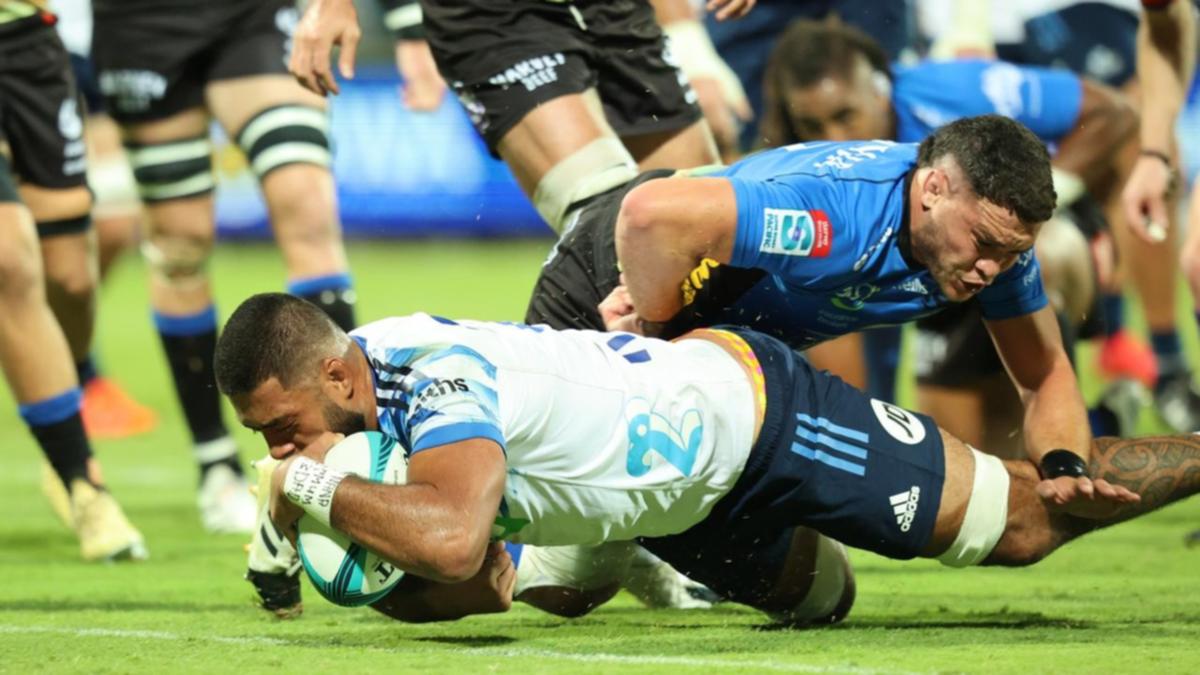 The defending champion Blues have dealt the Western Force’s finals’ prospects a major blow with a thrilling 22-18 Super Rugby Pacific win in Perth.

The Auckland side held on under immense pressure in the dying stages after both teams ran in three tries at HSB Stadium on Friday night.

The Force missed all three conversion attempts and will rue being unable to strike for the winning play after attacking the Blues’ line for 26 phases at the death.

The loss leaves the Force precariously placed in eighth position with a 2-7 win-loss record little more than a month out from the playoffs.

After trailing 22-7 at halftime, inspired veteran Jeremy Thrush offered Force fans hope of an unlikely comeback victory when he forced his way over to reduce the margin to nine points with 15 minutes remaining.