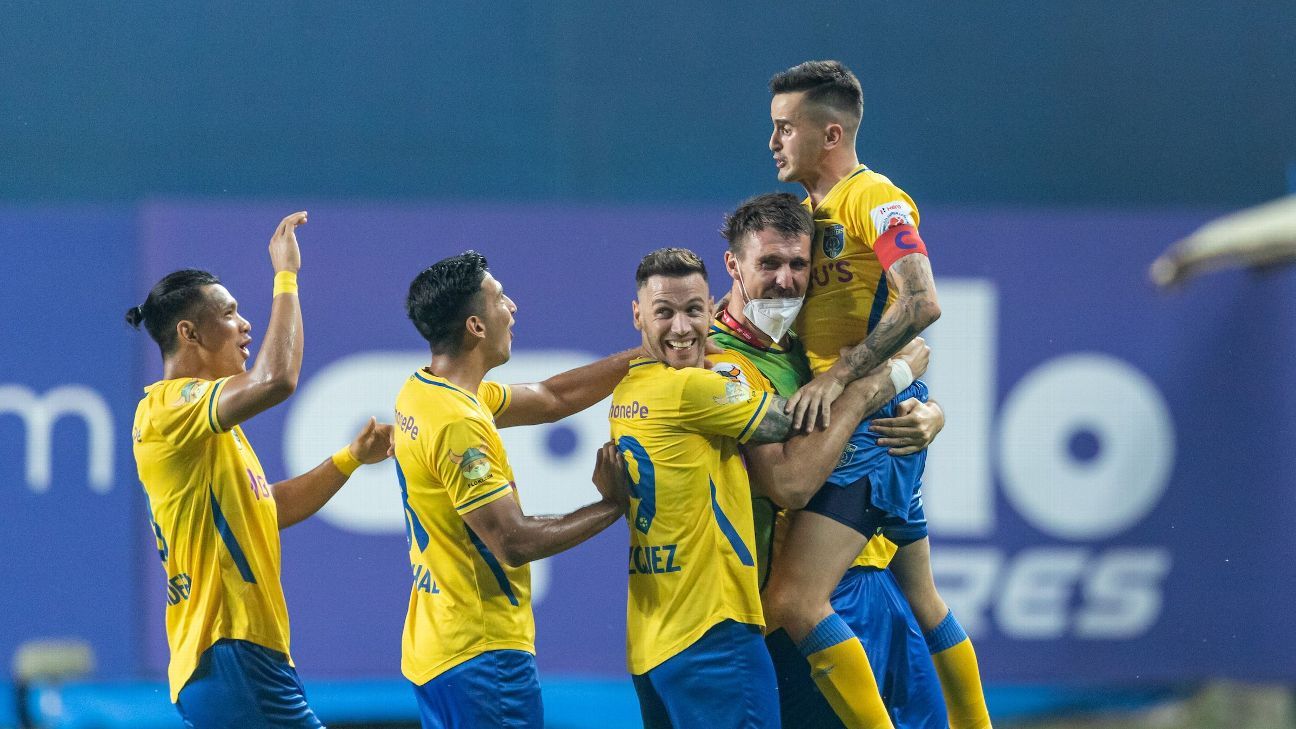 ATK Mohun Bagan moved to the top of the table temporarily, and Kerala Blasters FC entered the top-four after the two sides played out an entertaining 2-2 draw at the Tilak Maidan on Saturday.

Adrian Luna (7′, 64′) opened the scoring for Kerala before David Williams (8′) drew level inside one minute. In the second half, Luna scored his second and handed Kerala the lead back but in stoppage time Joni Kauko (90+7′) made it 2-2.

The result means Kerala now have 27 points from 16 games and sit in fourth place while ATK Mohun Bagan moved to the top of the table for the time being with 30 points from 16 outings.

The game was off to a frantic start as both teams scored in the space of one minute. Kerala took the lead inside the first eight minutes, Luna curling in a sumptous free kick up and over the wall and into the left corner leaving Amrinder Singh stranded in ATKMB goal.

One minute later, ATKMB equalised. Pritam Kotal sent in a low cross first time for Williams to thump home on the run. Both teams settled down a bit after the high-tempo start before Liston Colaco’s effort was palmed away by Prabhsukhan Gill and Lalthathanga Khawlhring’s rasping left-footer was tipped onto the crossbar by Amrinder for a corner.

Alvaro Vazquez also saw his first-time attempt sail over the woodwork after Jorge Diaz did well to set up his teammate. At halftime, both teams were level at 1-1.

At the start of the second half, ATKMB head coach Juan Ferrando replaced goalscorer Williams with Hugo Boumous and the Frenchman did have an impact, controlling play in the middle of the park and drawing fouls in important areas of the pitch. But it was Kerala who took the lead for the second time in the match.

Luna scored a peach of a goal after Khawlhring got the ball on the edge of the box and chipped it to Luna who chested it down, cut in and slammed the ball into the top corner.

Both teams traded punches till the last minute with substitute Kiyan Nassiri getting a golden opportunity to draw level but for a brilliant block. From the resultant corner, Sandesh Jhingan’s header was tipped over the bar.

Prabir Das was sent off moments later for a rash challenged on Luna as the game reached fever pitch before Kauko made it 2-2 from a Boumous pass inside the box, the Finland international letting fly a powerful shot past Gill and into the goal. Diaz was also shown a red card when he was on the bench for dissent.