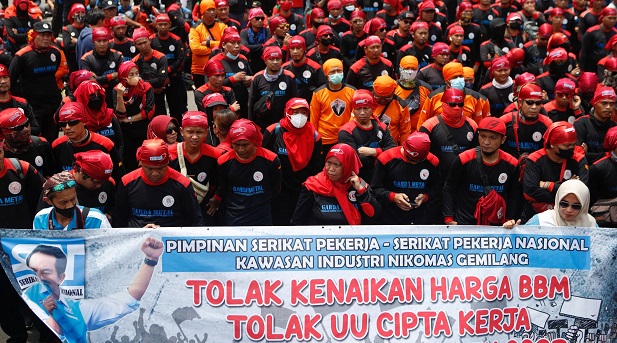 Report: Indonesia considering buying Russian oil as fuel prices soar JAKARTA — Indonesian President Joko Widodo is considering joining India and China in buying Russian oil to offset increasing pressure of rising energy costs, the Financial Times reported on Monday. “We always monitor all of the options. If there is the country (and) they give a better price, of course,” Widodo said in an interview with the Financial Times when he was asked whether Indonesia would buy oil from Russia. Earlier this month, Widodo hiked subsidised fuel prices by 30 per cent and said that the price hike was his “last option” due to fiscal pressures, sparking protests across the nation of 270 million people. Any move to purchase Russian crude at prices above the cap agreed by G7 countries could subject Indonesia to U.S. sanctions. In August, Tourism Minister Sandiaga Uno said that Indonesia had been offered Russian crude at a 30 per cent discount. Following this, the country’s state-owned oil company, Pertamina said it was reviewing the risks of buying Russian oil. South-east Asia’s largest economy, Indonesia posted an annual inflation rate of 4.69 per cent in August, above the central bank’s target range of 2 per cent-4 […]