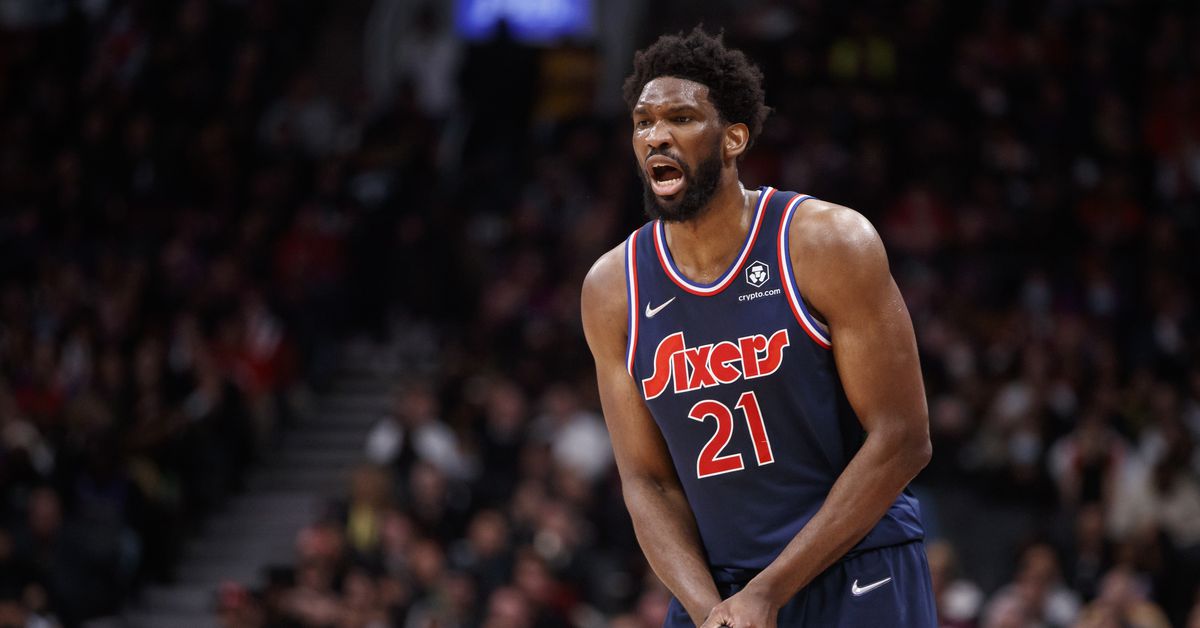 Philadelphia 76ers superstar Joel Embiid is feared to have torn a ligament in his right thumb in the 2022 NBA Playoffs, according to insider Shams Charania. Embiid plans to play in Game 4 of the Sixers’ series against the Toronto Raptors on Saturday, according to ESPN’s Ramona Shelburne, who also reported the outlook for Embiid’s injury could ultimately be determined by a future MRI.

The Sixers are up 3-0 in the series and would punch their ticket to the second round if they win on Saturday afternoon. Philadelphia will play the winner of the No. 1 seed Miami Heat vs. No. 8 seed Atlanta Hawks in the next round, with the Heat emerging as their likely opponent.

Embiid will be listed as available for Game 4:

The Sixers plan to list Joel Embiid as available with a right thumb sprain for Game 4, team says.

Embiid was incredible in the Sixers’ Game 3 victory in Toronto. The MVP contender went off for 33 points and 13 rebounds, and hit the game-winning shot in overtime to break a tied score and give Philly the win.

Injuries have already defined the 2022 playoffs. Devin Booker is currently sidelined for the Phoenix Suns with a hamstring strain. Milwaukee Bucks forward Khris Middleton is out for the rest of the first round because of a sprained MCL. Dallas Mavericks superstar Luka Doncic still hasn’t played in the postseason with a calf strain.

We’ll keep you updated with the latest on Embiid’s thumb injury in this post.

Will Joel Embiid keep playing in the 2022 NBA Playoffs?

Embiid has been playing at an MVP level all season, and has carried the Sixers to a 3-0 lead in the first round over the Raptors with his incredible play on both ends of the court.

Here’s the latest on his injury:

There is fear that Philadelphia 76ers All-NBA star Joel Embiid has a torn ligament in his right thumb, but Embiid has vowed to continue playing through the injury, sources tell @TheAthletic @Stadium. Embiid will rely on his pain tolerance and 76ers‘ medical staff.

Philadelphia 76ers star Joel Embiid is experiencing pain and discomfort in his right thumb but practiced today and and expects to play in game 4, sources told ESPN. It’s possible he gets an MRI in the near future to determine the extent of the injury, sources told @wojespn and I

Would Philly really risk playing Embiid with a 3-0 lead over Toronto? Until Embiid gets an MRI, it’s impossible to know how serious this injury really is.

We’ll update this story as it develops.