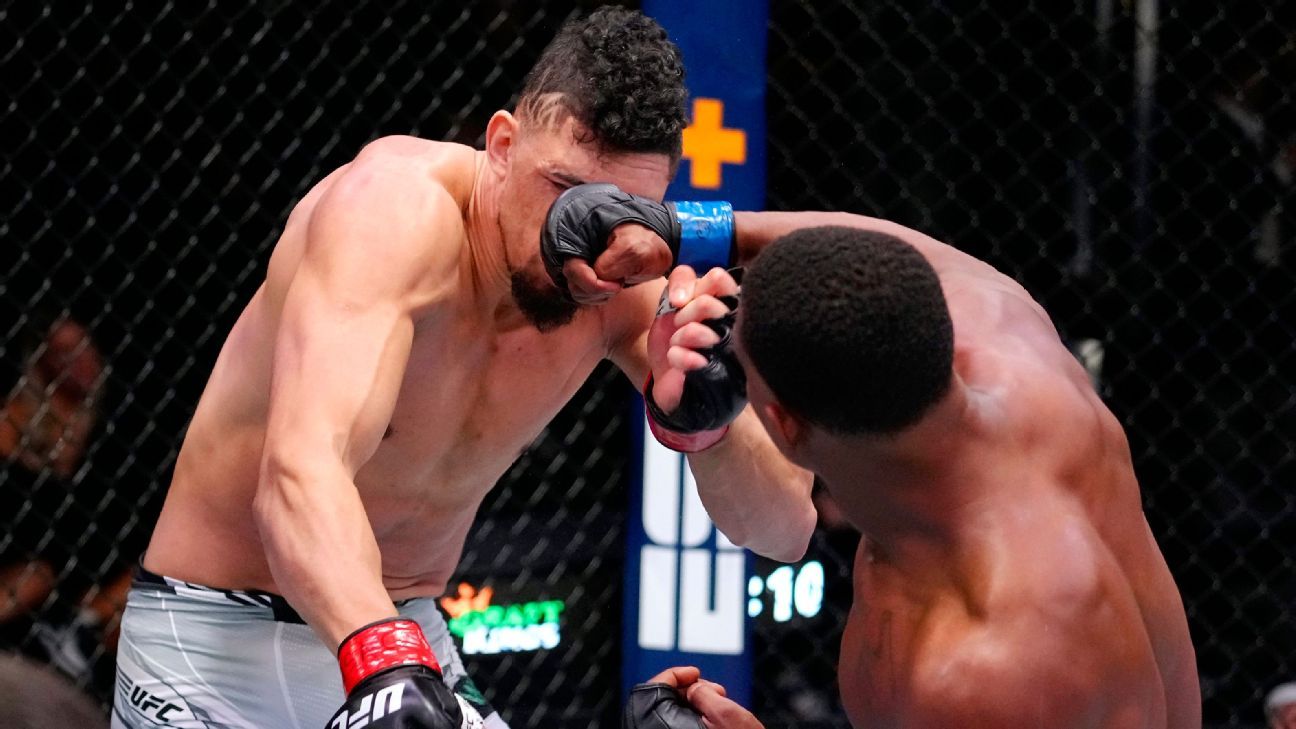 Jamahal Hill‘s nickname is “Sweet Dreams.” It’s not because of his propensity for singing lullabies.

The top light heavyweight prospect put another highlight-reel finish on his résumé Saturday night after putting Johnny Walker to sleep with a knockout punch at 2:55 of the first round in the main event of UFC Fight Night in Las Vegas.

Hill caught Walker with an overhand right to the left side of Walker’s forehead, near his temple. Walker was out on impact, his head snapping to the side. Walker slowly fell backward against the cage and Hill pounced with another right hand on the grounded Walker. Referee Jason Herzog had no choice but to step in.

“It’s time to start having a different kind of conversation, because y’all are asking the wrong questions,” Hill said in his postfight interview.

What questions should be asked?

Hill is right. The story going into this fight was it would be a battle of two of the best younger 205-pound fighters in the world. Walker went five rounds with Thiago Santos, a top striker, in his last bout in October. Hill put Walker away inside three minutes.

A title shot might not be too far away, though Hill was not ranked in ESPN’s light heavyweight top 10 coming in.

“I’m ready to come for that,” Hill said of a title bout against champion Glover Teixeira. “But right now we’re going to see. I’m gonna take a look at the division and see what’s up. I’m gonna get with the head bosses and everything and see what makes sense.”

Walker (18-7) has dropped four of his past five fights. The Brazil native, once considered a can’t-miss prospect, has finished all four of his UFC victories, but has just one win since 2019. Walker, 29, has moved around training camps since debuting in the UFC in 2018, most recently training with Conor McGregor’s coach John Kavanagh at SBG Ireland.

Hill (10-1, 1 NC) is 4-1 (1 NC) in the UFC going back to his debut in 2020 with the no-contest erasing another victory due to a positive drug test for marijuana. The Chicago native, who trains out of Michigan, is considered one of the most exciting up-and-coming fighters in MMA — in any division.

Hill, 30, was coming off a 48-second knockout of Jimmy Crute in December. He has finished his past three victories.

After his latest, Hill offered another idea for a nickname in addition to “Sweet Dreams.”