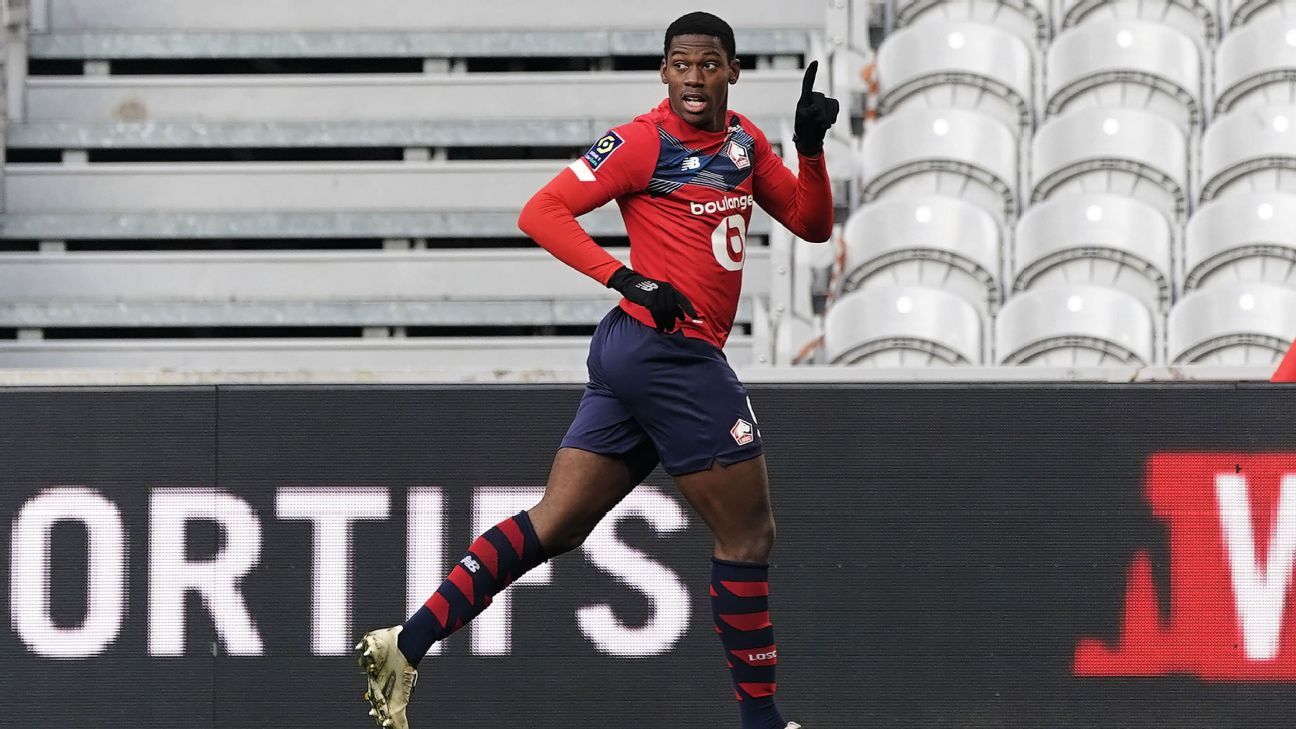 The 2022 January transfer window is closed, but there’s still plenty of gossip swirling about who’s moving where. Transfer Talk brings you all the latest buzz on rumours, comings and goings and, of course, done deals!

It would depend on the Nerazzurri offloading Lautaro Martinez and Alexis Sanchez in the summer. Lautaro, 24, only recently signed a new contract to ward off interest from other clubs, however the situation appears to have changed for the Argentine and he could now be available.

Canada international striker David is linked as an option, with the 22-year-old said to be valued at €50 million by Lille. The striker has scored 12 goals in 24 Ligue 1 appearances this season, becoming a leading figure for his national team in their quest to qualify for the 2022 World Cup.

As for Dybala, the 28-year-old is out of contract with Juventus at the end of the season, with Inter looking to capitalise on the forward potentially leaving their Serie A rivals.

Sassuolo striker Scamacca is said to be a long-term target of Simone Inzaghi, with the 23-year-old impressing in the league this season, scoring nine goals in 23 appearances.

11.56 GMT: The race for Erling Haaland is hotting up, with the Catalan newspaper Sport claiming Real Madrid and Barcelona are “at war” to sign the forward, while Marca reports that “contacts have intensified” between the player’s representatives and both clubs in recent days.

According to Sport, Haaland has “ruled out playing in the Premier League” if he leaves Borussia Dortmund as expected this summer, leaving Madrid and Barca to battle it out for his signing.

The newspaper says Madrid met with the 21-year-old’s camp in Monaco last month — using talks over midfielder Aurelien Tchouameni as cover — in a “decisive meeting” to secure a “preferential agreement” to put the club in the driver’s seat.

Marca don’t go that far, reporting that while Madrid have been in touch to remind Haaland’s representatives of their interest and “asking for patience,” with the club preferring to sign him in 2023.

The player reportedly has a €75m release clause that becomes active in the summer.

11.06 GMT: According to the Daily Mirror, Donny van de Beek wants to force through a permanent move to Everton in the summer.

Van de Beek, 24, joined Frank Lampard’s side last month after failing to make an impression at Manchester United. The report says that the player sees no future for himself at Old Trafford and is eager to earn a long-term future at Goodison Park.

Van de Beek joined United from Ajax two years ago in a £35m deal and has four years remaining on his contract.

10.19 GMT: The Daily Mail reports that Wilfried Zaha could leave Crystal Palace in the summer.

Zaha, 29, is about to move into the final 12 months of his contract at Selhurst Park, and the next deal he signs will likely be his last major one. If he extends with Palace, it’s unlikely he would get another chance to sign for a bigger club.

Palace want the forward to stay, but he could opt to run his contract down and assess his options in the summer of 2023. He has previously been linked with Arsenal and Everton.

Kane, 28, was eager to move to City in search of silverware, feeling Spurs would be unable to challenge. But the North London club blocked his attempts to move clubs and insisted he said.

Ahead of the meeting between the two clubs at the Etihad on Saturday, City boss Guardiola revealed just how desperate he was to complete the deal.

“We tried [to sign Kane] but it was far away to be done because Tottenham was clear this is not going to happen,” Guardiola told a news conference. “And when it happens two, three, four times, it’s over.

“Now you can say ‘Harry Kane didn’t come and everything is going well’ but at the time I didn’t know it. When we lost to Spurs and Leicester in the Community Shield. And I don’t know what will happen in the next few weeks.

“The club gave me players and I’m always delighted — and it’s then what we can do together. Maybe if we had a proper striker we would play with a striker but with the players we have we have to adapt.”

– Paris Saint-Germain are interested in a move for Nice striker Amine Gouiri in the summer, says Foot Mercato. The 22-year-old has impressed in Ligue 1 this season, scoring 10 goals and assisting seven in 24 appearances. The report claims that the future of Kylian Mbappe has to be resolved before they look at signing Gouiri, who is attracting interest from top clubs across Europe.

– Barcelona have made an offer of a two-year contract to Chelsea defender Cesar Azpilicueta, according to Fabrizio Romano. The 32-year-old is out of contract at Stamford Bridge in the summer, with the player yet to rule out a potential move away from the club. The Blaugrana are said to be keen on landing the Spain international, offering the option to extend the proposed contract by a further year.

– PSG winger Angel Di Maria is prioritising a club in Europe come the summer, despite interest from South America. That’s according to Ekrem Konur, who reports that the 34-year-old is set to leave Les Parisiens at the end of his contract in a few months. Offers have been made by Atletico Mineiro, Flamengo and Corinthians, but the Argentina international is assessing his options.

– Leeds United are ready to make a move for New York City FC forward Valentin Castellanos, reports Ekrem Konur. The 23-year-old won the MLS Cup and was the league’s top scorer in 2020-21, impressing in his time with the club. The Premier League side is said to be interested in a summer move, willing to offer €12m. Sources told ESPN that NYCFC rejected an offer from River Plate for Castellanos last week.

– Real Betis are set to sign Lazio defender Luiz Felipe on a pre-contract agreement, reports AS. The 24-year-old is a free agent in the summer, and has decided to leave his Serie A side when his deal expires. The report claims that Betis have reached an agreement to sign the centre-back on a five-year contract, with a salary of €2.5m.