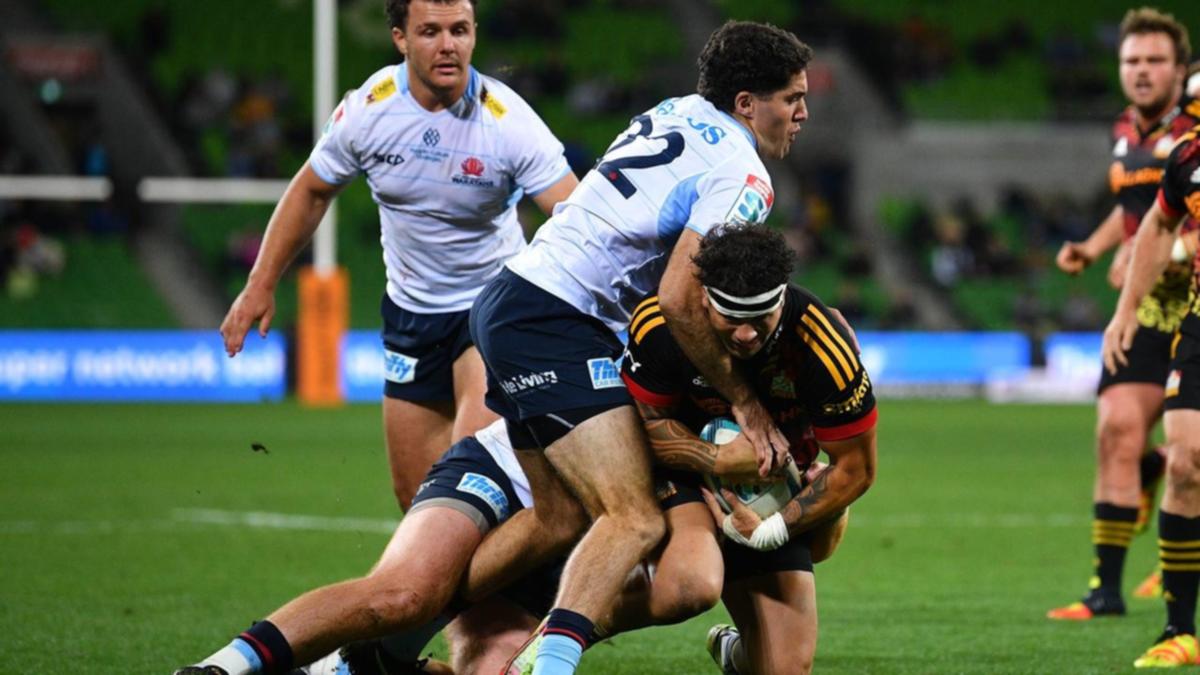 NSW Waratahs’ hopes of claiming an early Kiwi scalp at AAMI Park were brought undone by some dumb rugby, with the Chiefs capitalising to bank a 51-27 Super Rugby Pacific victory.

Skipper Jake Gordon did his best to drag his team to an unlikely victory, scoring two tries, but a horror opening 20 minutes proved telling for the courageous Tahs.

Prop Angus Bell was sent off for an alleged dangerous tackle two minutes into the match and then they were down to 13 men when centre Jamie Roberts got a yellow card for a deliberate knockdown.

The Waratahs weren’t helped by a horror injury toll, losing fullback Will Harrison, hooker Dave Porecki and then his back-up Tom Horton, which meant uncontested scrums for the final 35 minutes.

For the Chiefs winger Jonah Lowe bagged four tries among their haul of seven.

The teams were the first out onto Melbourne’s AAMI Park for Super Round, which features five games at the venue over the weekend as the competition moves into its trans-Tasman clashes.

Unfortunately for the Waratahs they gave themselves too big a hill to climb with Bell marched soon after the opening whistle.

At almost the same time they also lost Porecki, who failed a HIA.

After an early penalty the Chiefs got their first try through hooker Samisoni Taukei’aho after they mauled the ball across the line.

Roberts got a 14th-minute yellow card as he clumsily attempted an intercept and while he was off Lowe and Quinn Tupaea both crossed for tries for the Chiefs as they raced to a 22-3 lead.

That was 30-17 by halftime with Gordon scoring the first of his tries after a handy break by lock Jed Holloway.

Tupaea also grabbed a second before Alex Newsome scored to give NSW the last say of the half.

Gordon’s second try closed the gap to just three points when he intercepted a Bryn Gatland pass and raced 70 metres to touch down.

But the Chiefs countered six minutes later with Lowe taking an intercept of his own.

He then added another two tries, with the last coming in the final minute to push his team past the half century mark.