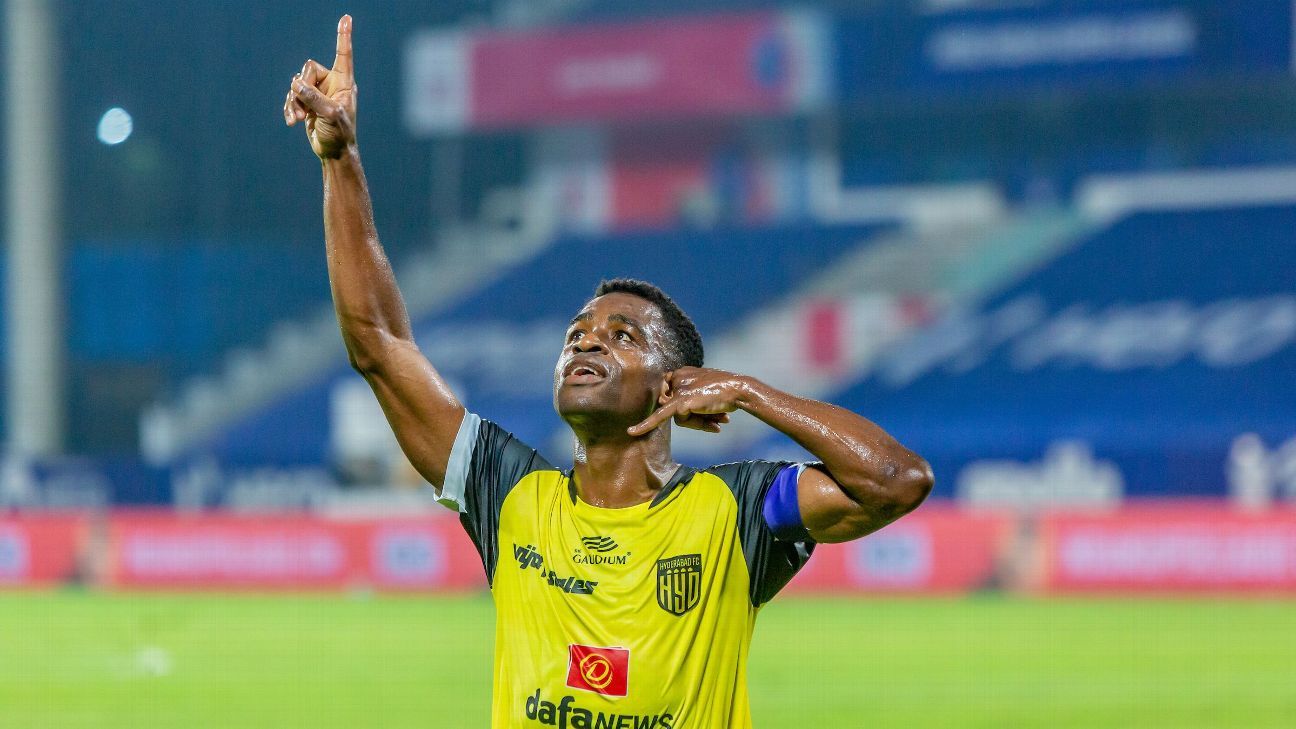 Hyderabad FC began and ended the day as Indian Super League (ISL) leaders but for a brief two-hour period when ATK Mohun Bagan had earlier replaced them at the top. They were pushed until the end by FC Goa but emerged 3-2 winners at the Athletic Stadium in Bambolim.

A brace from Bartholomew Ogbeche and a goal from Joao Victor saw HFC overtake ATK Mohun Bagan. The Kolkata-based club had reached the top with a draw against Kerala Blasters earlier in the day. As for Derrick Pereira’s men, it was a second successive defeat that keeps them in the ninth position.

FC Goa started brightly but survived an early scare when Makan Chote tripped Nikhil Poojary who was darting towards the goal. The youngster escaped with a yellow card as the HFC players argued for a stricter punishment. The breakthrough came from Ogbeche (25′), who scored his 15th goal of the season with a precise header from Asish Rai’s cross.

For FC Goa, Jorge Ortiz found the back of the net ten minutes after conceding with a clinical finish in the bottom left corner, pouncing on a through ball from Alberto Noguera. However, Ogbeche (41′) regained the lead for his team with his 16th goal of the season, a personal record. It was also the 51st goal in the all-time records for the Nigerian, which takes him above Sunil Chhetri and helped his team go into the halftime break with a slender lead.

The second half saw Goa push with intent for the equaliser. But it was Hyderabad who scored against the run of play through their skipper Victor (70′). Two minutes later, substitute Devendra Murgaonkar scored a header for Goa to reduce the lead.

Despite pressure from Goa, Hyderabad defended really well and took away three points and reached the top of the table.

Hyderabad play fellow top-four contenders Kerala Blasters FC in their next fixture at the Athletic Stadium on Wednesday whereas FC Goa will look to spoil Mumbai City FC’s quest for playoffs qualification at the same venue on Saturday.